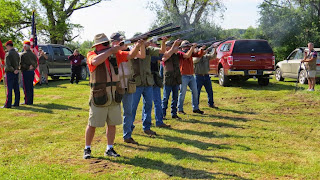 The club is south of Rome, NY.

Donuts to start off the day and grilled chicken after the shoot.

A brief ceremony was held before going out.

A nice mix of first time (or only shot a few times) and those who have been shooting for a number of years.

Remington 1100 broke for the last time

The end of the line for my Remington 1100, as a piece of metal fell out of my receiver during cleaning.

Could it be repaired?  Not by me and nothing I would want to sink any money into, as the gun was basically shot out and not worth the monies to repair (if possible).

Purchased the firearm used back in the 90's for a ridiculously low price from a disgruntled shooter. Came with two barrels, to include a skeet barrel (sold) and a Remington green case (sold). 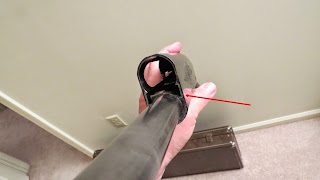 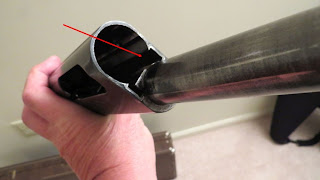 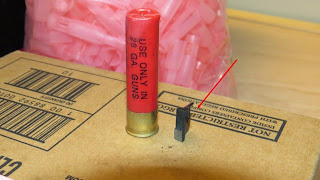 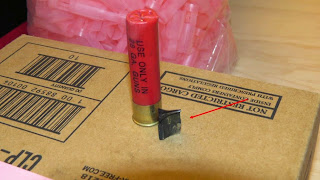 I looked at a few used 1100's for sale but ended up placing an order for a new 1100 with a 28 inch barrel.  I found a good deal, as it will be in my hands for under $1000, to include FFL fee and shipping.  The only downside is it won't ship until June 1st and I will be shooting my backup at a couple of shoots.

A new gun will leave me with an extra barrel.  I expect to sell either the new one or the one on my now broken 1100.  That will further bring the purchase price down.

I also have the option of selling the stock and forearm, as I now have an extra set.

I like semi-autos and looked at other makes the last few years anticipating the day my 1100 would break for the last time, but kept coming back to the 1100.

Received a tracking number on May 23rd.  Not having to wait until June 1st for shipment!
Posted by Lost Target at Thursday, May 21, 2015 No comments:

We visited the Sportsman's Club of Franklin County in  St. Albans Bay, Vermont to get in some trap practice and I see the fence separating skeet field 2 and 3 is being replaced. 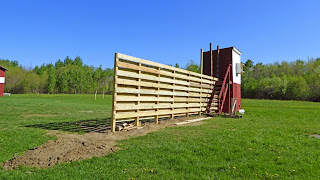 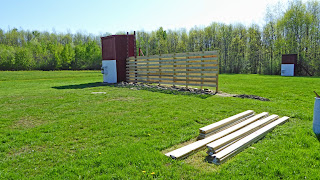 The old fence was long an eyesore.

Hats off to the club and it's volunteers!
Posted by Lost Target at Thursday, May 14, 2015 No comments:

Some people should stay away from guns

The North Country Sportsmen's Club located in Williston, Vermont is under siege by local officials over hours of operation.

Local officials were notified the club is protected by Vermont stature, but ignored by said officials.


This ordinance shall not apply to the discharge of firearms by police officers, sheriffs  constables, game wardens and other statutorily designated law enforcement officers in the performance of their legal duties. This ordinance shall not be construed to limit any rights or immunities to discharge firearms in the defense or protection of person or property provided by Vermont Statutes. Nor shall this ordinance apply to the discharge of firearms on any existing sport shooting range, as defined in 10 V.S.A., section 5227.

Town of Williston sent police officers to the NCSC property not once but three times to unlawfully order an end to lawful trap shooting activities. The police officers further demanded the identify of citizens engaged in a lawful activity on private property. The police threatened to subpoena the identify of these citizens and according to another citizen at the above said select board meeting recorded the license plate numbers of the vehicles present at the NCSC on Sunday, May 3.

Read the club communication to members and actions being taken.