A slight drizzle on the drive to the club (Bunnell, Florida) but by time I arrived it stopped.

The club has three skeet fields and all were in operation.

Overcast and gray skies. You had to keep an eye on the bird.

Targets were flying good and I don't remember any no bird calls. 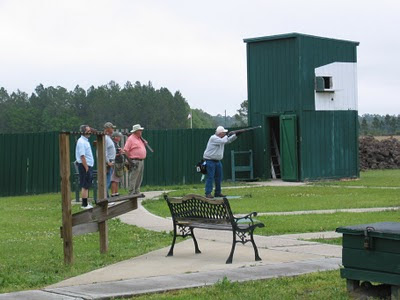 Cost $60. The price included the NSCA fee and lunch.

I also shot a registered 50 target ($30) 5-Stand event. The club has two 5-stands and both were used. 25 per field. This was the first time the club offered NSCA 5-Stand.

I broke one of my rules in regard to 5-stand. Always best to sit and watch a few rounds before going out, but I didn't and paid the price. A number of times I forgot where the target was coming from or shot the wrong first target on doubles. Anyway, it was fun...

The club also held a PM shoot but we didn't participate.

We spent the afternoon at WW Sporting Clays, located just west of Jacksonville.

A nice crowd on hand for a friday afternooon.

The clubs main course is 13 stations. 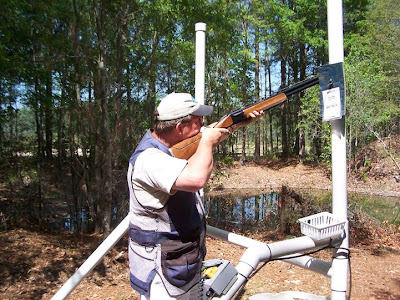 We spent the day at the Bradford club with New York shooter Russ McKittrick.

The club had two 14 stations courses in operation. We shot one in the AM and the second after lunch.

We ran into a couple from Ontario while at the club. 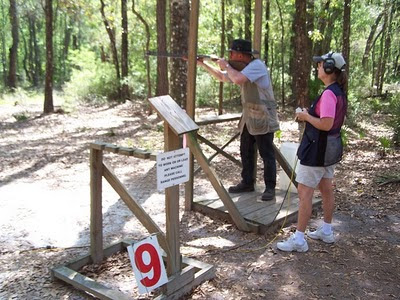 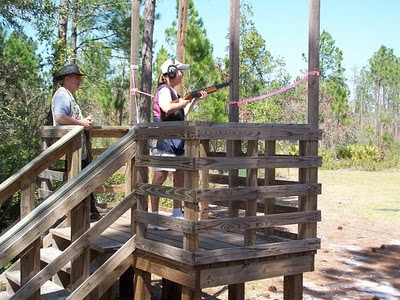 The club is hosting the Florida State Shoot in April.
Posted by Lost Target at Wednesday, March 23, 2011 No comments:

We shoot 28 gauge reloads exclusively in skeet practice. If I had the nerve the gauge I would shoot in registered skeet when shooting in the 12 and 20 gauge events.

A great pattern, soft shooting, and more importantly, only 3/4 oz of lead.

A great cost saver, especially with two shooters in the family and the ever raising cost of lead.

What the book says on Loads per bag

The down side of shooting 28 gauge reloads is the cost of hulls. You can easily pay two, three, or four times the going rate for once fired 12 & 20 gauge Winchester hulls.

I know shooters who will not shoot 28 gauge reloads in practice, instead shooting the 20 gauge so not to run out of 28 gauge hulls that are to be used in registered events. A factory box of Winchester shells can easily run from $10 - $14 a box of 25.

Good news! Claybuster has come to the rescue, they are selling a 20 gauge 3/4 oz wad. A 28 gauge hull saver as mentioned above and a shot saver for those who shoot 20 gauge and are looking to cut down on cost of reloading.

From what I read it's a standard CB 20 gauge Winchester replacement wad that had plastic added to raise the shot cup so the hull does not cave when reloading.

Should do wonders for recoil, as less lead in the 20 gauge hull.

I expect we will see many 20 gauge shooters switching over to this wad, especially for practice.

Note: In registered skeet you cannot shoot a 20 gauge hull in a 28 gauge event.
Posted by Lost Target at Tuesday, March 22, 2011 5 comments: 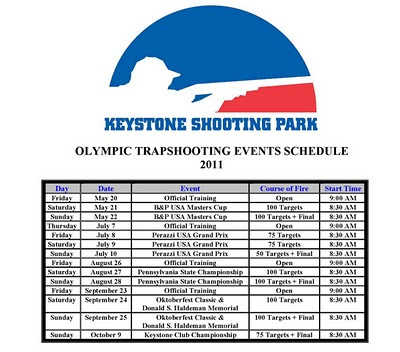 The Board of Directors of Chubb International Shooting Sports, Inc. are pleased to officially announce the 2011 B&P USA Masters Cup in Olympic Trapshooting to be held on May 21 & 22 at the Keystone Shooting Park range near Dalmatia, Pennsylvania. This is a 200 Target event shot over two days (100, 100 + Final). Registration is limited to (30) competitors.

The Board of Directors of Chubb International Shooting Sports, Inc. are pleased to officially announce the 2011 Perazzi USA Grand Prix in Olympic Trapshooting to be held on July 8-10 at the Keystone Shooting Park range near Dalmatia, Pennsylvania. This is a 200 Target event shot over three days (75, 75, 50 + Finals). Registration is limited to (42) competitors.

In his first public comments about gun control since Arizona's mass shootings in January, President Obama on Sunday called for "agreement" on the divisive issue of gun reform laws, and urged the implementation of "sound and effective steps" that would minimize gun violence in the United States.

Common-sense regulation from a Liberals Point of View:

Be in possession of a license approved by local officials... 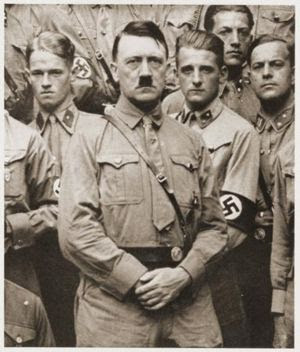 Guns in the home must be disassembled... 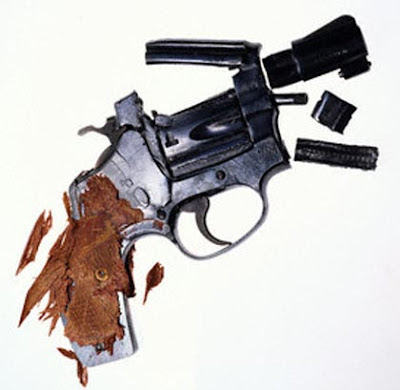 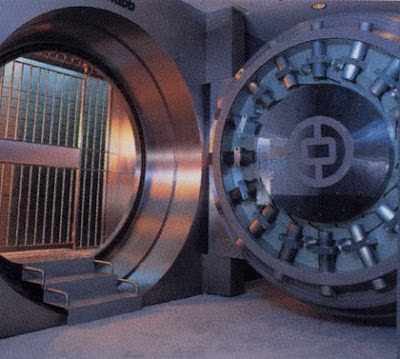 Transported securely to and from the range... 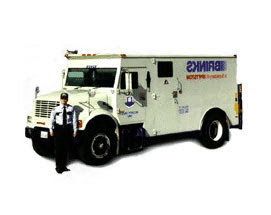 Use ammunition approved by the government... 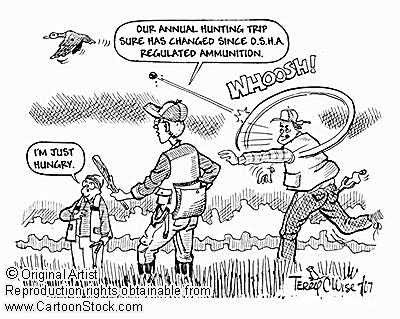 Use firearms only in areas not designated Gun Free zones... 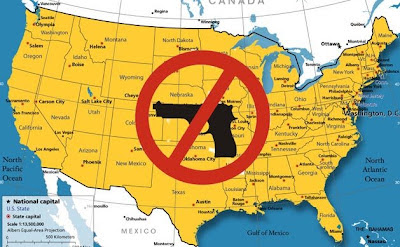 Firearms must be from the same period as when the 2nd Amendment was written...

* Reposted by the Lost Target
Posted by Lost Target at Monday, March 14, 2011 No comments:

Sporting Clays this past Saturday

We attended an NSCA sporting clays tournament at Indian River on Saturday.

I ASSUMED a refereed shoot based on a past visit. Unfortunately, not the case as when standing in line at the registration desk I overhear the person working the desk informing a shooter that this shoot would not have anyone working the stations.

A bummer, as the only reason we got up at 5 a.m. in the morning and drove for three hours was to attend a shoot with official scorers. Plenty of shoots locally if we wanted to pull are own. Except for the bigger money (and more expensive) shoots, getting rarer and rarer to attend a shoot with referees. I understand why, but not happy with it.

A big disappointment and took the wind out of my sails, but my fault for not checking...

Several shooters that I expected to see we’re not in attendance.

A shooter on the squad declined to pull or score targets. Didn’t push it as he may have issues that we’re not aware.

Good target presentations. You could get a feel on the flow of the course as envisioned by the target setter if you didn’t bounce around as some with carts do. A number of stations with a combination of slow and fast targets. Each station complimenting the last.

Only one station where I had to re-shoot a pair because of no-target.

As in the past, the club gave out excellent trophies to class winners. A throphy that anyone would display at home. 2nd and third place winners received a club coffee mug.

Lunch was included in the price of the shoot.

The three hour drive to the shoot was a little to much, even with us taking turns driving. I call it decompressing after a long drive and felt it on a few of the early stations. I think in the future I’m going to spend 20 minutes just sitting in the car and relaxing prior to any shooting.
Posted by Lost Target at Sunday, March 13, 2011 No comments:

Ontario NSCA shoot dates have been posted. The Galt club may have some additions at a later date.

I will also be posting non-NSCA sporting clays shoots as dates become available.

The page can also be viewed via Clays Ontario

I recently added a Bunker Trap / International Skeet section in order to make it easier to find such videos without having to wade through all the posted videos.

The weather was great. A warm 85 degrees, but not to noticeable on the course, as plenty of trees.

Plenty of activities for all, to include archery and paintball.