Did a little shooting and also shot a short video.

A little of everything; bunker trap, 5-stand, skeet, FITASC and trap.  Enough video to give you a sample of what the club offers.  The club also supports International Skeet, as well as pistol, rifle, and archery.

The club manager showed me his new toy.  A Long Range wireless clay target release controller that he had installed on the practice eight (8) machine FITASC parcour. 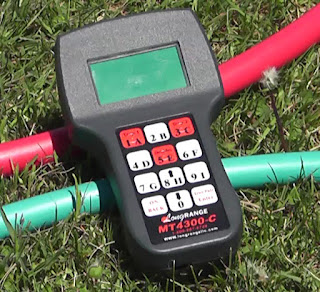 An eyeball estimate, but he was releasing targets from a distance of 100 yards, to include report pair and true pair.

During a round of practice not one no bird call!

If I was in the market I would install such a system on a 5-stand without hesitation.

Guns in the News, visit the Lost Target website