For years I used a snap on shell catcher on my 1100.  If all I shot was trap I wouldn't have been looking for an alternative, but I also shoot skeet, and having a shell catching option on singles was something I prefer.  The problem with the snap on when shooting skeet was it had to be removed for shooting doubles.

I saw a few shooters using the Save-It Shell Catcher and thought I might give it a try.

A simple installation.  The instructions have you remove any oil you may have on the part of the gun it was to be attached. 1100's also require a slight offset when attaching (follow instructions).

Peel off the double-faced tape to attach the unit to the gun’s receiver. The semi-permanent adhesive can be removed if desired. 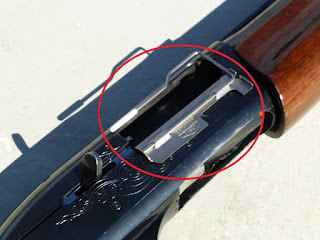 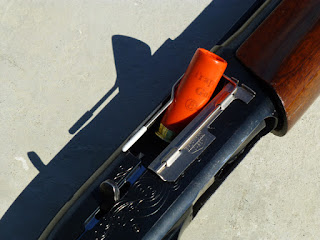 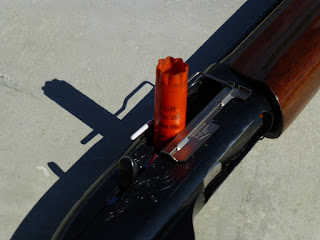 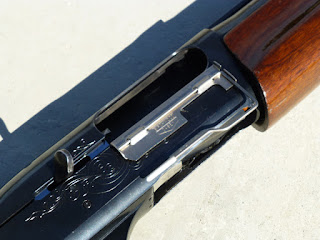 Inoperative (locked down)
I've had it out twice shooting trap and so far no hiccups!