Having travelled to several clubs through the years to take photos at International Skeet shoots I was  pleasantly surprised to see six squads in attendance.  Having been to shoots where they were lucky to have three squads, if not two, these were big numbers!

A good mix of shooters, many from outside the state.  I talked to a shooter from Texas and another from Tennessee.  The US army team was present! 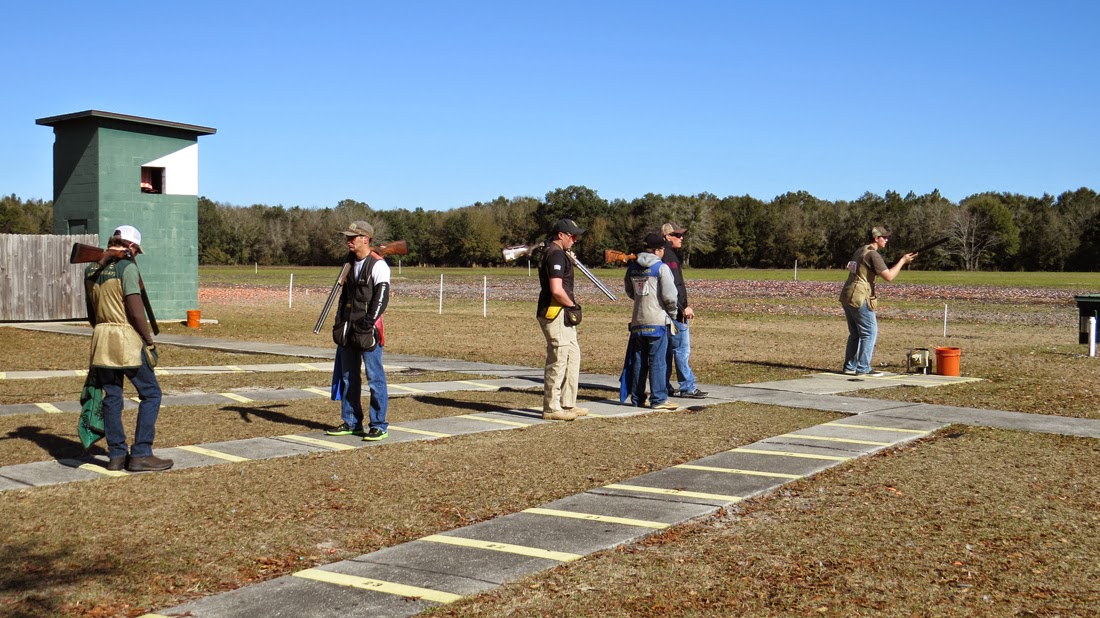 A cool stat to the day, but sunny.  It warmed quickly and the wind was never a factor.

Two fields were dedicated for the shoot.  Squads were quick to take the field as soon as the previous squad finished.

I didn't observe any machine problems and targets seem to be on the money.

The Jacksonville is an old club, but a modern club.  The club just opened a 15 station sporting clays course.  $30 member rate, $45 non-member.  Rental carts for $12.  I've not yet shot the course, but it was recommended to rent a cart and not attempt to walk it.