I shot practice at the Valleyfield Gun Club in St-Stanislas-de-Kostka, Québec.  The club use to close for the winter, with maybe opening unofficially if the weather turned nice.  This year as last, they plan on being open every Saturday (weather permitting).

I wanted to shoot trap and maybe a round of skeet later in the day, but ended up shooting skeet first. 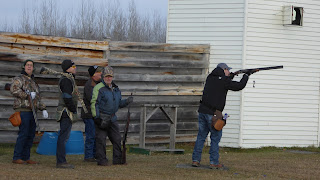 Figured out real fast they were shooting skeet doubles.  I'm sure they mentioned it, but all French to me : )    Dropped three.  Wireless release. 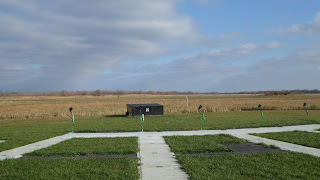 Four of us shooting trap.  Shot two rounds.  A lady shooting an 870 was hitting targets hard. Gun looked like it fit her like a glove. Wireless speakers.


The club is doing a major upgrade to it's 5-stand.  Most importantly an eight machine wireless controller has been ordered.  If you've ever helped at a club you learn really fast that cords a pain for the person opening and closing a field.  An expensive upgrade, but makes it more likely the 5-stand will see serious use as easy setup. 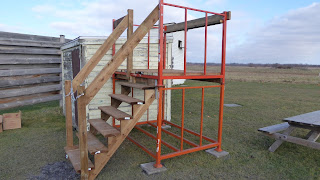 New shooting station for the 5-stand.  Just built in the last week.  Next step is to install the stand barrel stops. The building just left of the stand holds two (2) single stack Winchester machines. 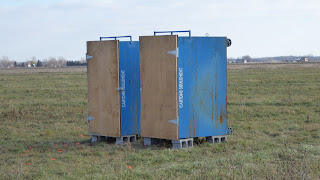 5-Stand machine storage.  If I remember correctly they have three machines that can be moved about, to include a rabbit machine. 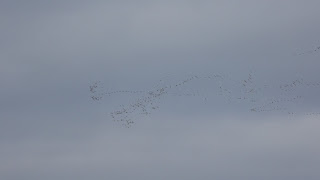 Geese were flying all day.  For whatever reason they were heading Northwest!

My Beretta A400 doing nicely. Shot Federal pink and RIO shells today.  Third outing without a cleaning other then wiping down the barrel.

No problems or traffic at the border crossings.  An all women crew working the U.S. crossing (and gun friendly).