No truth to the rumor that powder manufactures are doing away with 8 pound containers of powder.

Lead shot prices are still dropping. I saw a posting reporting a bulk purchase for under $20 a bag. More and more shooters are reporting shot for sale in the $22 - $23 range.

Ran into a Liberal at a sporting clays club last week. He was sporting an Obama sticker on his vehicle.

A brief conversation found he supported an assault weapons ban and a ban on high capacity magazines.

He assured me that Obama was not after my guns!

I don't know about you, but going to a clay target club with an Obama sticker on the vehicle is like parking at the local Catholic Church parking lot and displaying a bumper sticker in support of Abortion Rights. Just looking for confrontation....

Saturday, I was at Indian River. Over 100 shooters and no Obama bumper stickers!

A local club canceled a registered shoot for this upcoming Sunday.

I hate to see that, as someone will not get the word.

My wife and I both agreed that if someone showed up for the shoot the club should at least let them shoot the course for half the member rate.
Posted by Lost Target at Monday, March 16, 2009 No comments:

Just under a three hour drive. About my limit for attending a shoot and not staying overnight.

The next highest score was an 85.

I don't think a target needed more than IC choke and I can't remember any eye test. We didn't receive any "no target" calls.

A few backups, but I think the cause was those with vehicles not following the flow. Shooters racing around trying to find empty stations.

It felt a bit crowded on the narrowest parts of the course, and when you add six or seven carts waiting at a station...

An occasional shower. A drizzle each time, not lasting more than a few minutes. No wind to speak of. The weather man blew the forecast, as the forecast was for partial cloudy skies and a high of 83.

A monthly shoot with referees. More and more a rarity.

The club has a nice 5-Stand.

Lunch was part of the shoot registration fee. This is the norm at monthy shoots I attend in Florida.

This Chinese company will export anywhere in the world.

Did not attend two shoots in the last three weeks due to weather.

I can handle a light rain, but not going to make the drive if severe weather is expected, especially at start time.

Sunday saw a tornado watch until 10am. The shoot started at 9am and I had to drive through the watch area to reach the club. Not going to happen...

I overheard a telephone conversation at Walmart between a store clerk and a women.

No ma'am, the expected shipment of 38 caliber ammunition did not arrive last night.

No ma'am, I don't know when we will have any in stock.

Listened to three bunker shooters explain how there sport was the hardest of the clay target disciplines.

One said that in sporting clays only 20% of target presentations were hard, wherein bunker shooting all targets were difficult.

We shot trap at the Palatka Skeet Club today. Matter of fact, I shot more trap than skeet today. 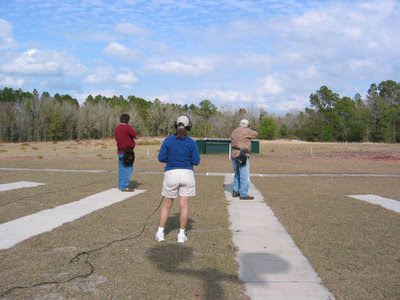 I plan on attending the NSSA Seniors shoot on Friday to take photos. They shoot one gun a day so I won't get everyone as I would have to be there all day to get every squad.

When I posted this on November 4th I received a few nasty emails.

I think my understanding of the man was correct...

Gun Control I Can Live With! 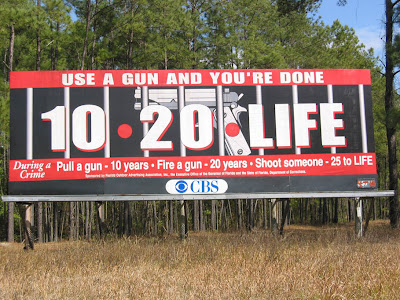