An issue not addressed by national news outlets as (not politically correct) or by Black leaders, to include the president!

Posted by Lost Target at Thursday, November 27, 2014 No comments:

Does anyone know if  Bagmaster is still in business:


The phone listed is no longer in service and emails to sales@bagmaster.com bounce!

I have no idea what the problem was, but all of a sudden there phone number was working (leave a message), email was working, and contact via there site was working.

I ended up ordering what I needed via a third party!

Paid a visit to Club L'Acadie (southeast of Montreal, Quebec).  It's been awhile, as I can't remember the last time I dropped by!

I was playing it by ear on what I was going to shoot and ended up on the skeet field.  No wind to speaks of and targets were pretty much on the money.

Ran into the officers of the QPTA.  They were getting ready to have a meeting to set registered trap dates for 2015.

The sporting clays shooters were telling me of there plans to attend the World FITASC shoot in Minnesota next year.

No traffic at the border, going and returning! 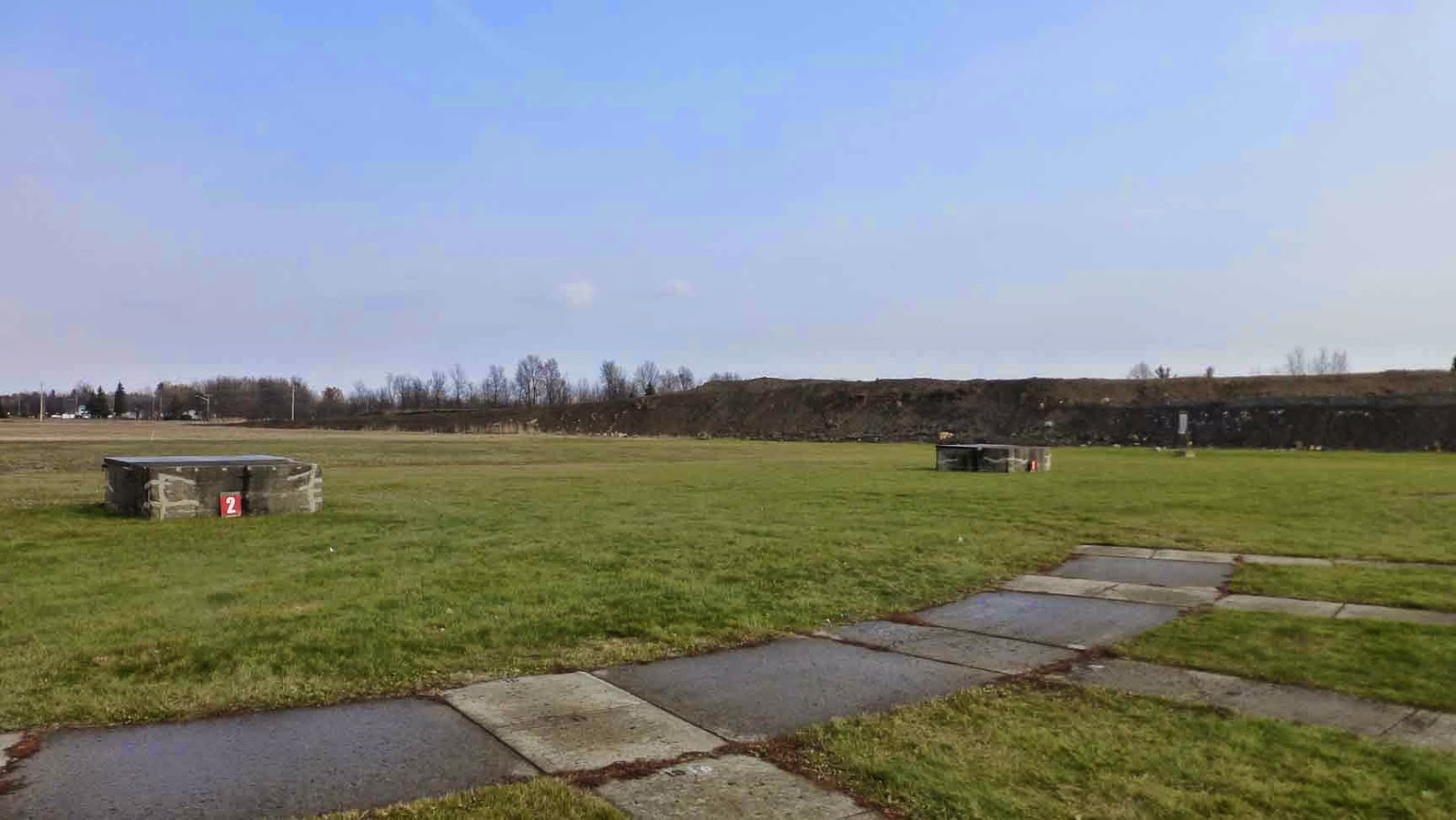 The berm at the entrance to the club has been heightened! 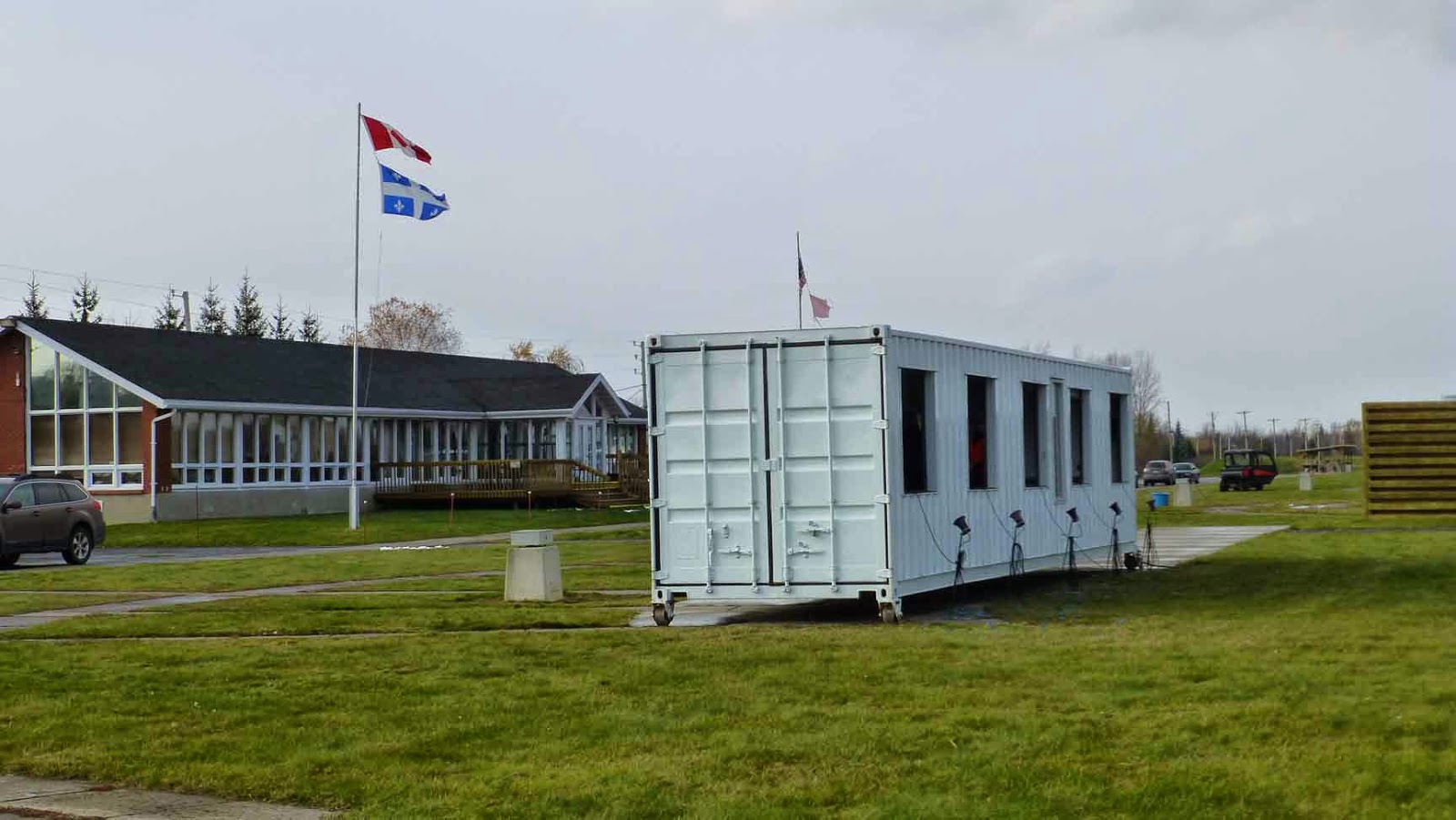 The heated trap trailer is set for winter shooting! 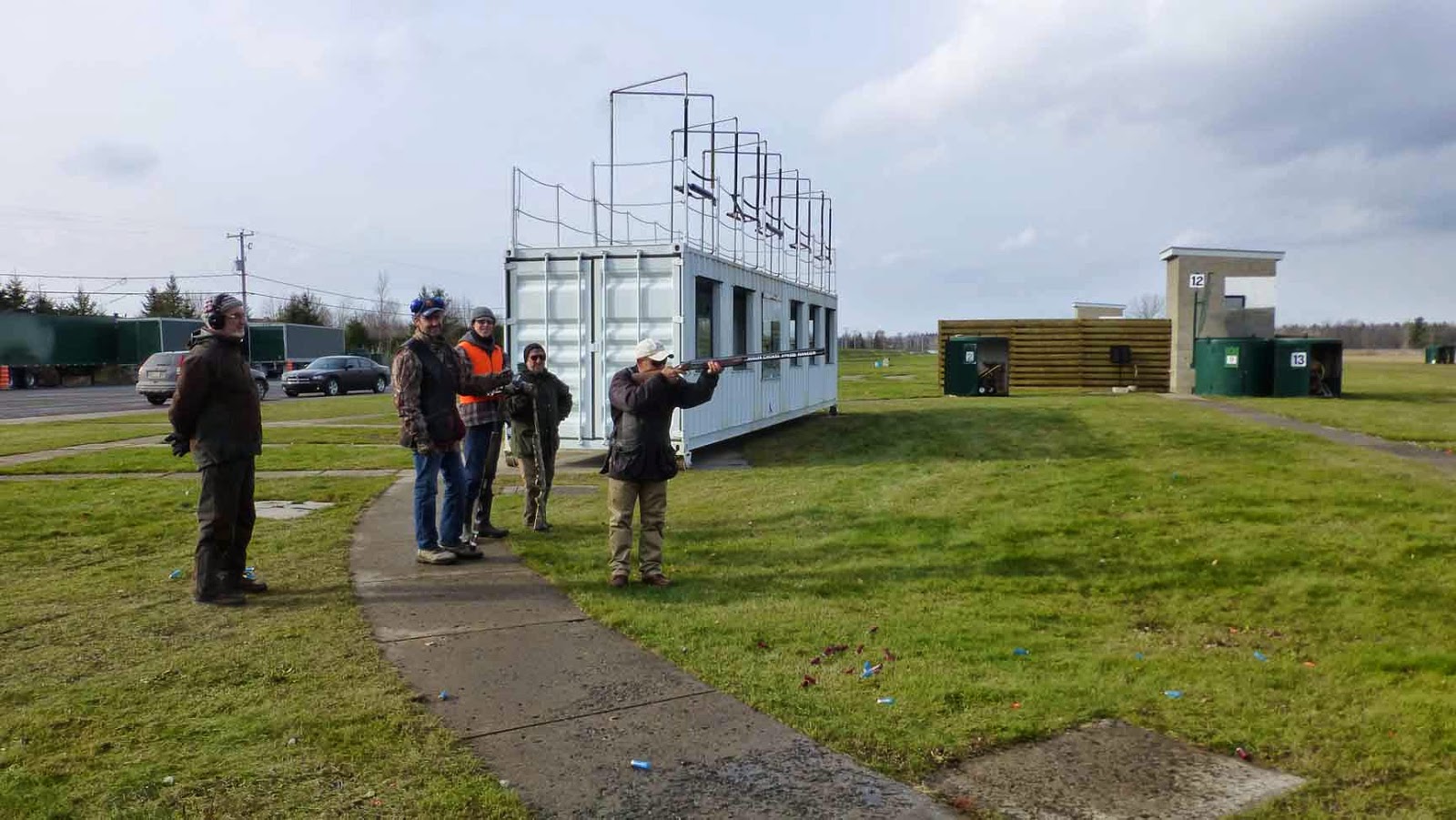 As is the heated 5-Stand trailer,
(in warm weather months you can stand on the roof and shoot) 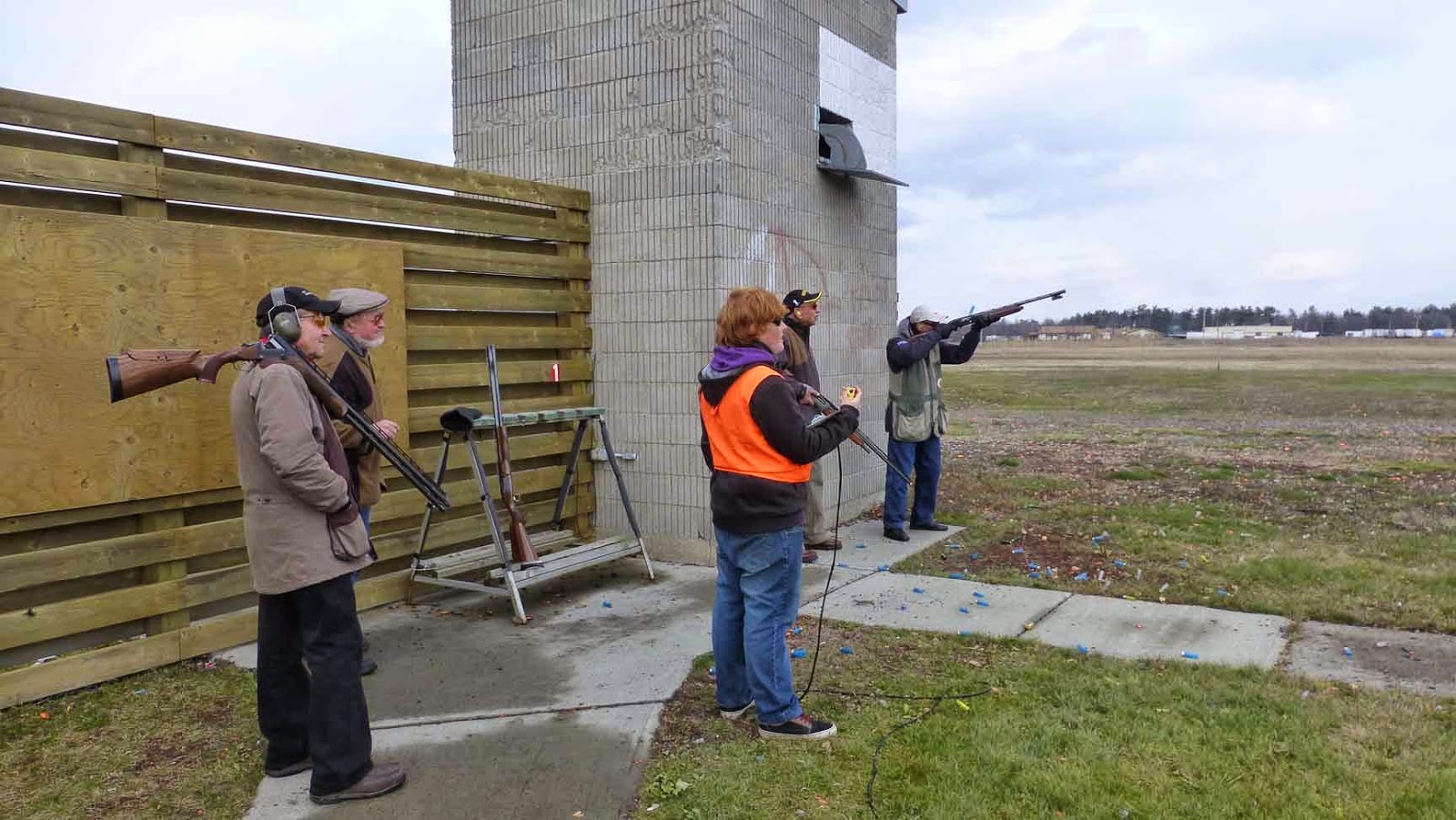 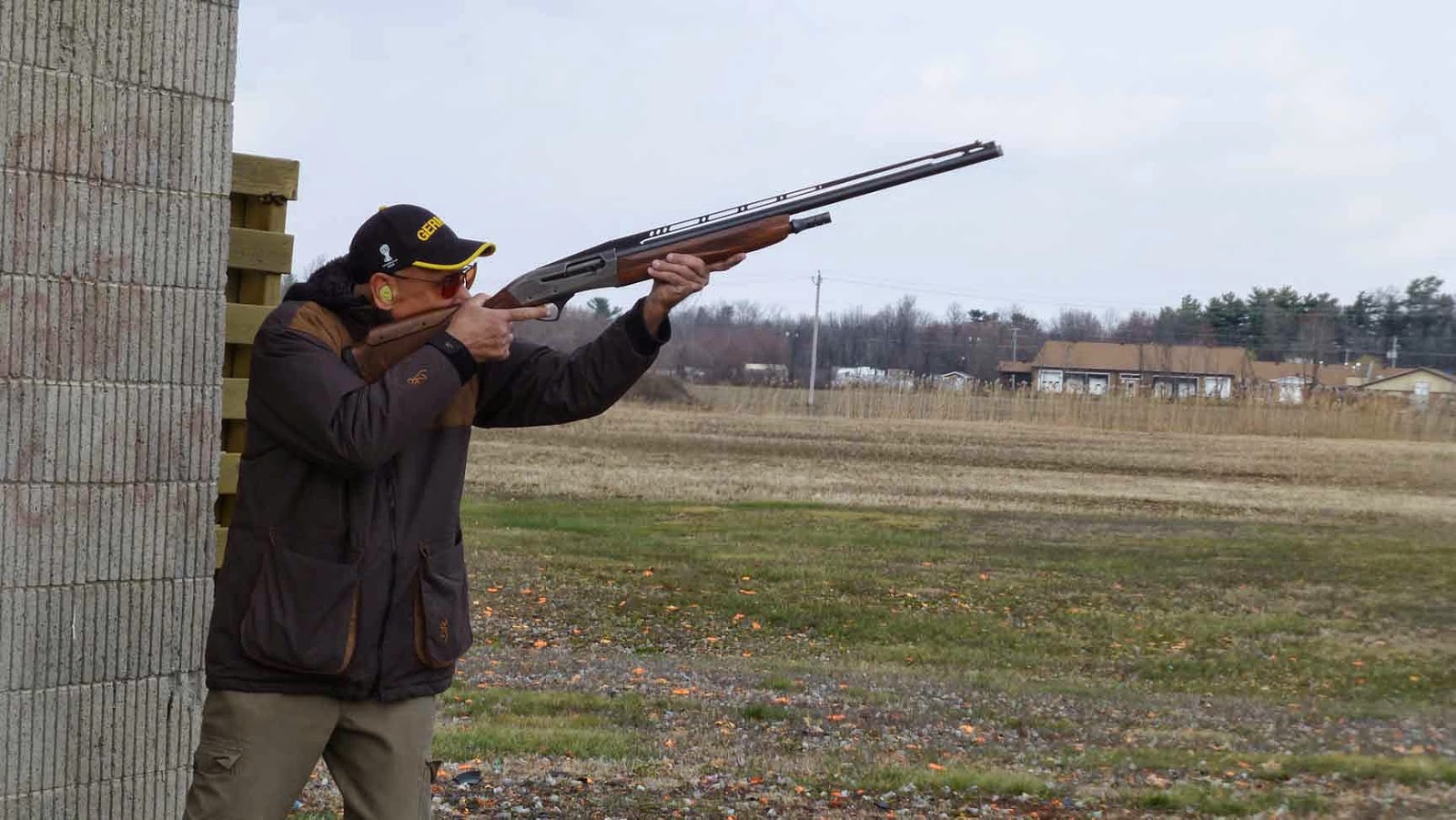 After a long draught, shotgun powder looks like it's becoming available in different regions throughout the USA.

Backorders are starting to be filled.

Shooters are reporting they have walked into stores that have long been out and all of a sudden having small qualities available.  Clay Dot and 700X to name two.

Reports that the states should start seeing Clays powder (manufactured in Australia) in the new year, but maybe at first in only one pound bottles.

Haven't see anything in regard to powder availability for small gauge shooters!

Have no idea when merchants that sell at shoots will have a good supply of powder available, but a few large events have reported that powder in limited numbers had been for sale.

On the other hand, powder could be just has scarce as in the previous year, but so many have stopped looking and/or reloading, and powder could becoming available for that reason only (outside of Clays that had a major fire at the plant)!
Posted by Lost Target at Saturday, November 15, 2014 No comments:

German contributor Alexander von Wenzl from von Wenzl Marketing, passed on that he has added two new maps to his European collection of shooting clubs.

He says that Cyprus, with a very lively shooting community, has even more ranges than golf courses.

A link to "Shooting Ranges of Europe" posted to the Lost Target:


To see club locations by country, click on the map image for posted countries.

Thanks to my German friend for providing information on shooting in Europe for more years then I can remember.

With New York state senate republicans unexpectedly gaining seats in this election cycle, a push by the liberal establishment to make liability insurance mandatory for New York gun owners will not happen.

And, basically taking away the right to protect yourself in your own home, by requiring all firearms be secured, will not see a bill having a chance of being brought up for a vote in the state senate during the next legislative session.

Micro stamping will also go off the radar.

Also, not going anywhere is stringent requirements on purchases of reloading components.  If ever an overreach was this push by the left.

But, what you will see is a law that allows for removal of firearms in on-going domestic violence disputes. Part of the compromise process that republicans seem to always get involved in, but never getting anything in return!

Posted by Lost Target at Wednesday, November 05, 2014 No comments: