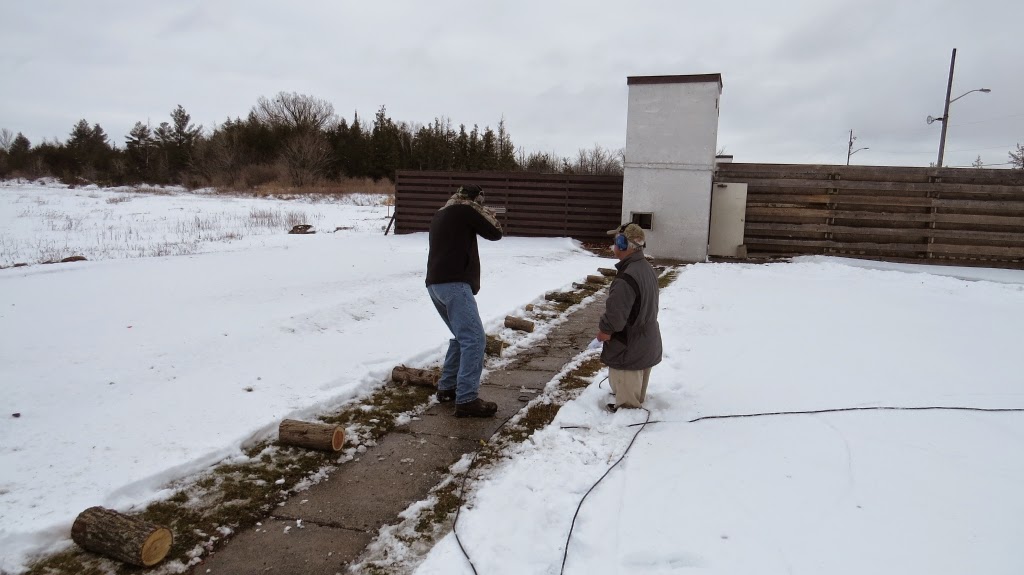 Overcast, 33 degrees (0 Celsius) and no wind.  I overdressed and ended up shedding clothing.

An archery event was included in this years shoot.

We did a plate shoot with the club providing the ammunition.  I asked Tony what choke to use and he suggested skeet choke : )

A link to shoot photos and video.

As the usual at small clubs, everyone seemed to know each other and a friendly bunch.  Nice to see a number of young people!

The club served a turkey meal at the end of the day, but as a long drive home I departed before the meal was served or prizes awarded.

Both coming and going a messy drive 30 / 40 miles east and west of  the Cornwall border crossing.  On the way to the shoot sand trucks were out and about.

No problems at the Canadian or USA border crossings.
Posted by Lost Target at Monday, December 15, 2014 No comments:

With no shame, the 2017 ISSF Shotgun World Championship goes to Moscow

It's one thing if this vote took place in the time frame of the recent Olympics when for the most part there was good feelings and hope for a positive future, but to take place in December 2014, knowing what we know now about Russia.

A shameful vote if nothing else!

Will the athletes from your country be attending?  Unfortunately, YES, as I've seen no public outroar from associations, federations, or athletes!

The shame, a medal is more important then taking a stand against world aggression.

European countries bordering the Baltic Sea are competing to express their concerns over Russian military activities of in the region. Their actions vary from inviting Americans troops for a permanent stay to retraining reservists and rearming.

Sweden is planning to retrain about 7,500 reservists who have served in the Swedish army since 2004.

The U.S. Army plans to send 100 Abrams tanks and Bradley Fighting Vehicles into Eastern Europe as a deterrent to “Russian aggression.”

Exercise Black Eagle is designed as a display of strength by the UK and Poland amid growing tensions between the West and Russia.

NATO confirmed that Russian tanks were moving into rebel-controlled eastern Ukraine. But Russia's aggression under Vladimir Putin didn't begin in Ukraine and, unless the West stops vacillating, it won't end there, either.

The crisis in Ukraine has many of Russia's neighbors nervous, especially the three Baltic states - the only former Soviet Republics to have joined NATO.

Igor Sutyagin told the BBC that the Russian pilots' lack of communication with air traffic controllers was "unfriendly" and "confrontational".

Russia is developing an array of new nuclear and conventional weapons to counter recent moves by the US and NATO, President Vladimir Putin said.

President Vladimir Putin has said Russia's takeover of Crimea showed off its military prowess, as his defense minister reported that the Russian flag was now flying over all military sites on the Black Sea peninsula.
Posted by Lost Target at Friday, December 12, 2014 No comments:

After many years of operation for the first time the Valleyfield club (Quebec, Canada) will be open throughout the winter. On and off winter shooting in past years, but not on the club calendar!

Valleyfield Gun Club will be open this winter on Saturdays for Trap & Skeet from 10.00 to 15.00 hours, if the weather permits.

Thought I run over and take advantage.

A mess on the drive up.  Temps below 30 and a slight rain.  Sand trucks out and passed two accidents with troopers on scene when I hit higher elevations.  For whatever reason, it can be snowing or raining 10 miles east of the club, but no participation at the club.  Sure enough, a few miles from the club and it started to clear. 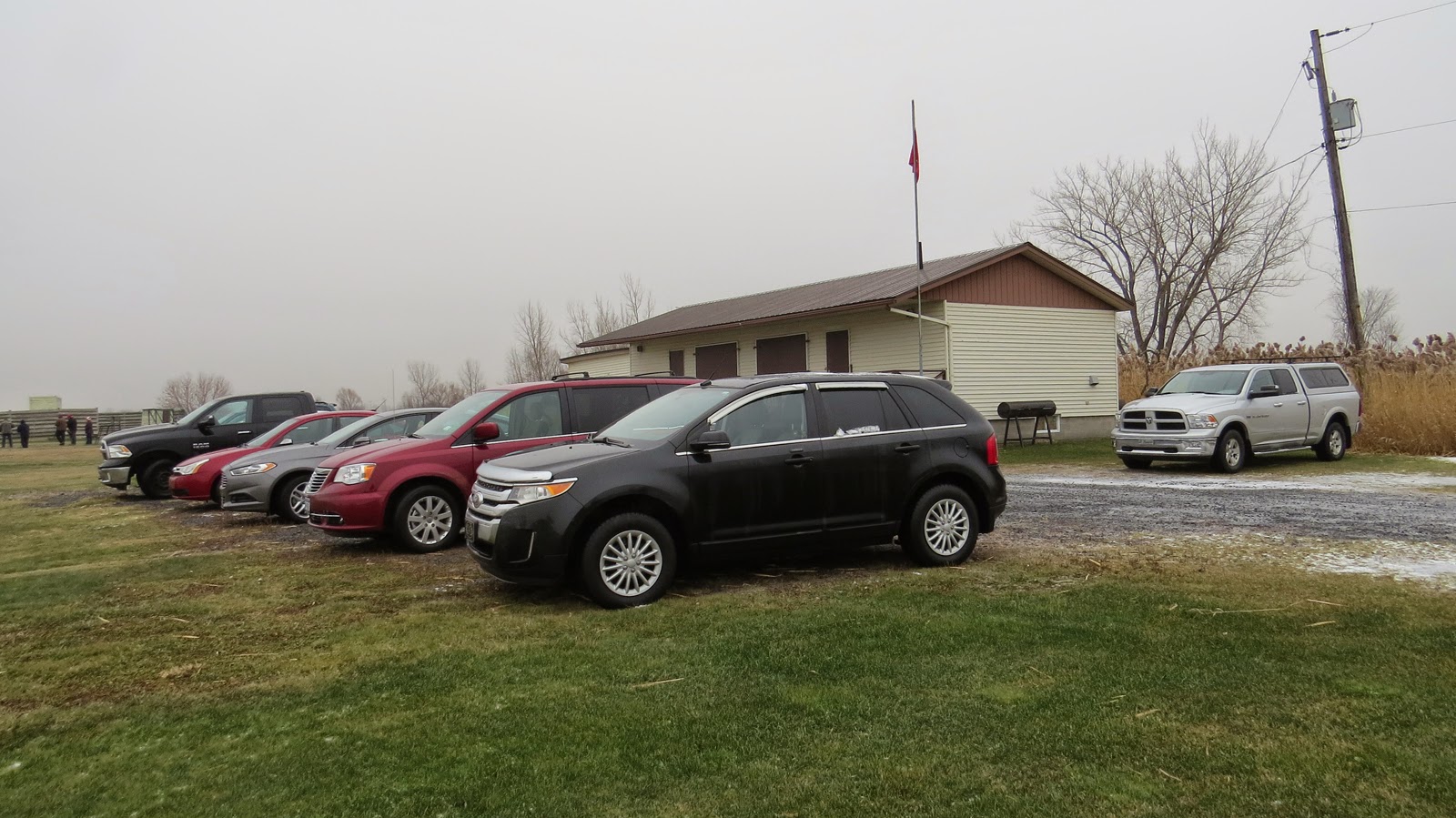 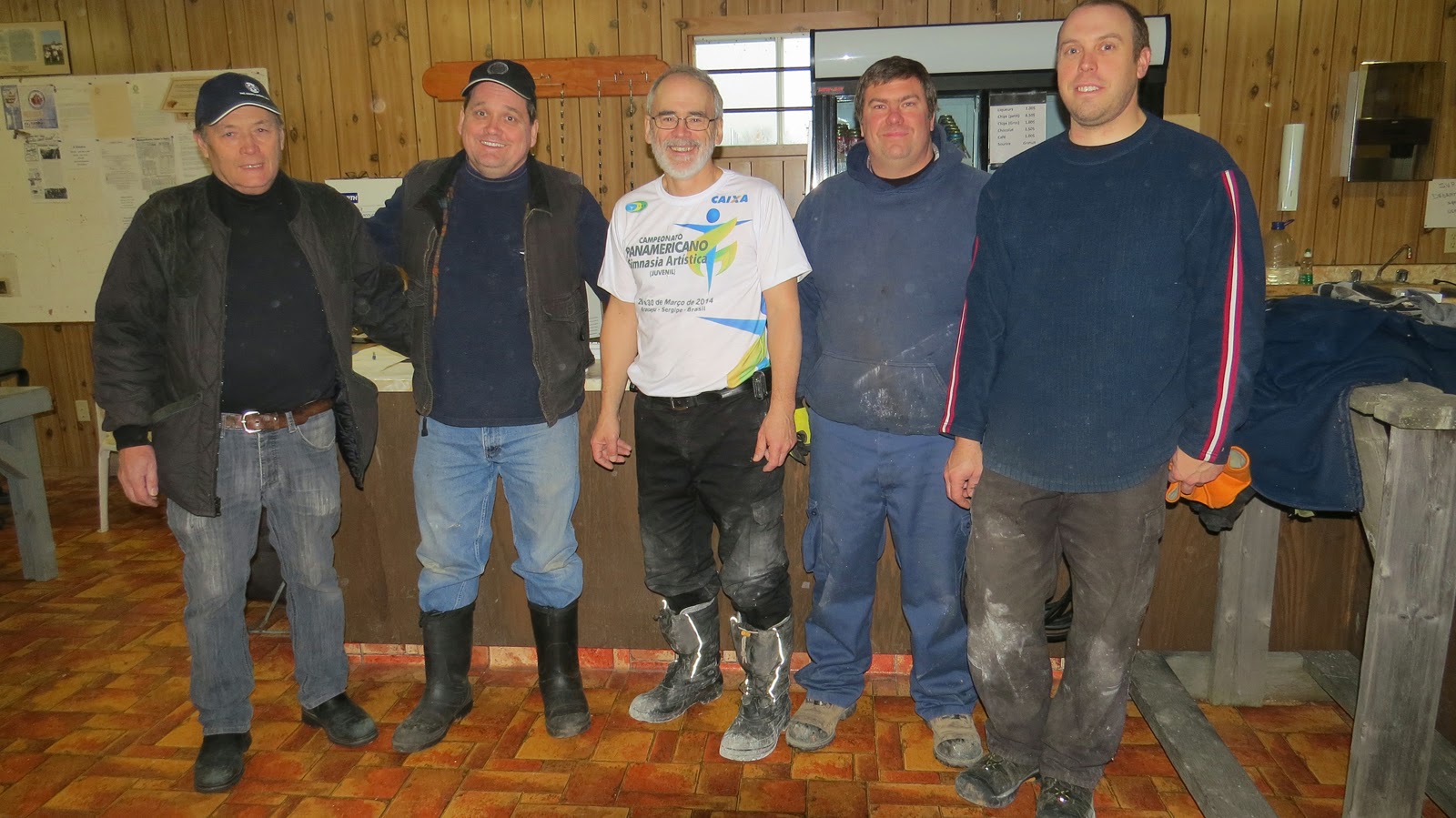 A number of club members spent the day winterizing the bathrooms, to include placing instillation under the floor via the crawl space. 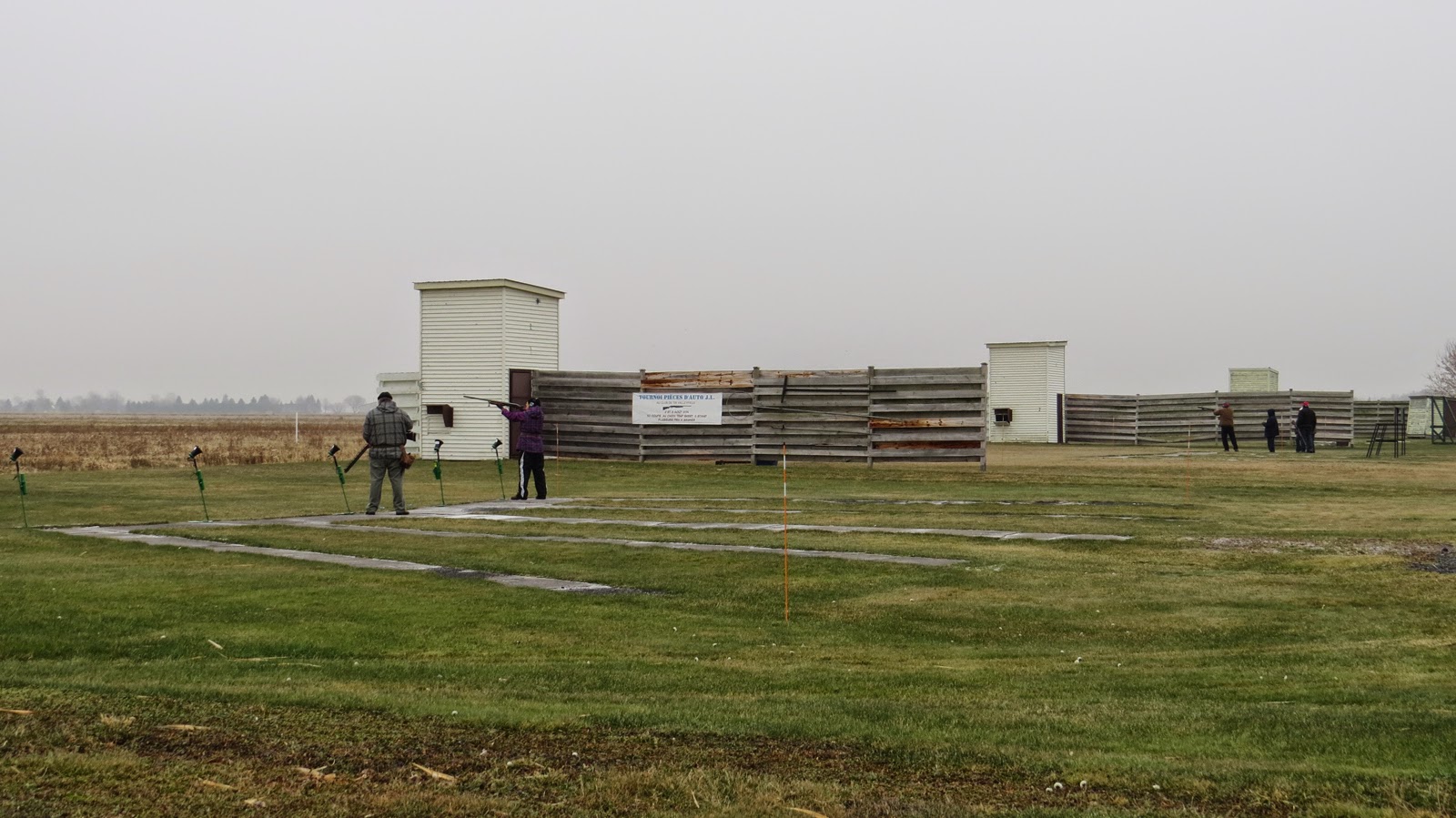 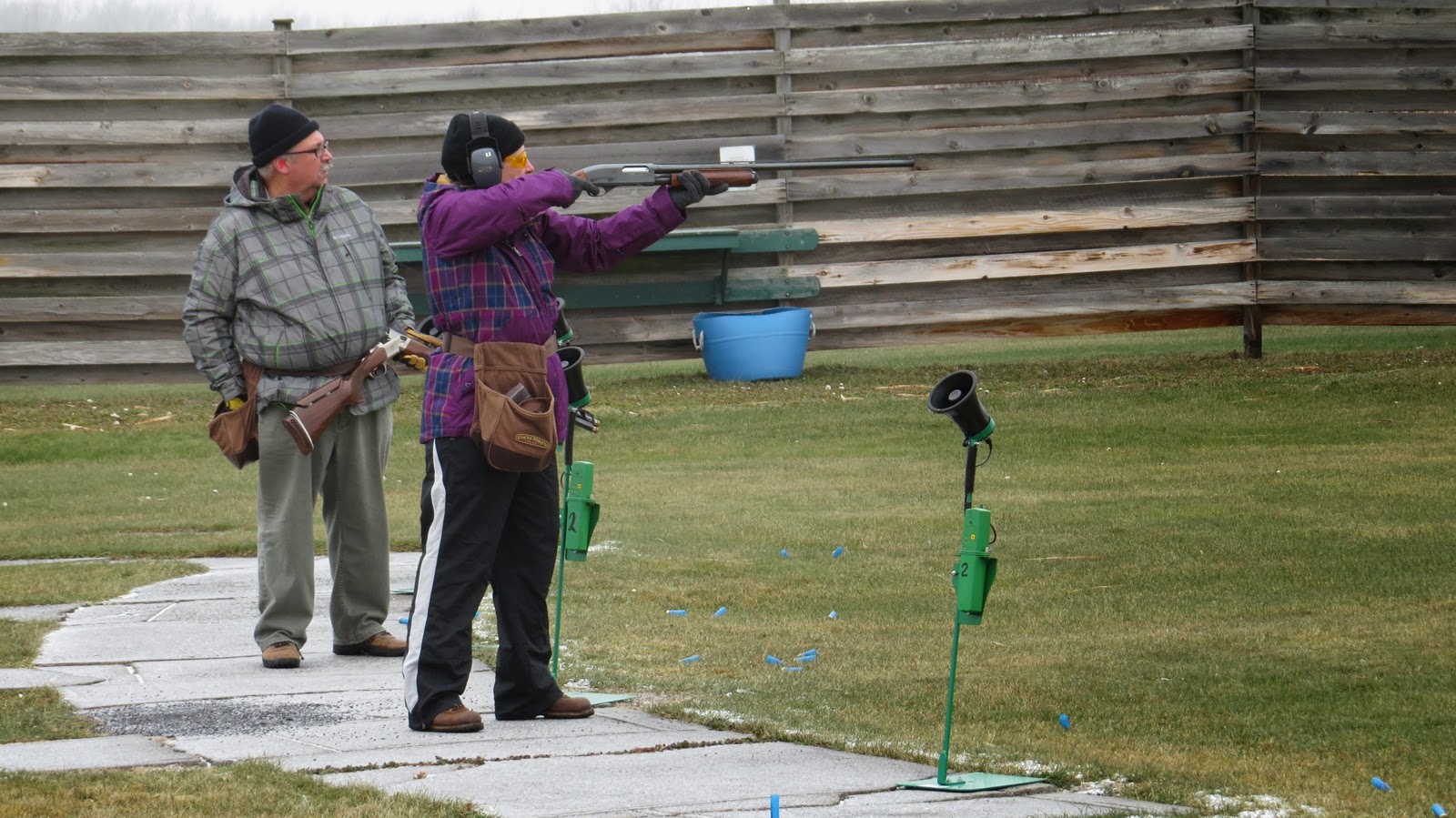 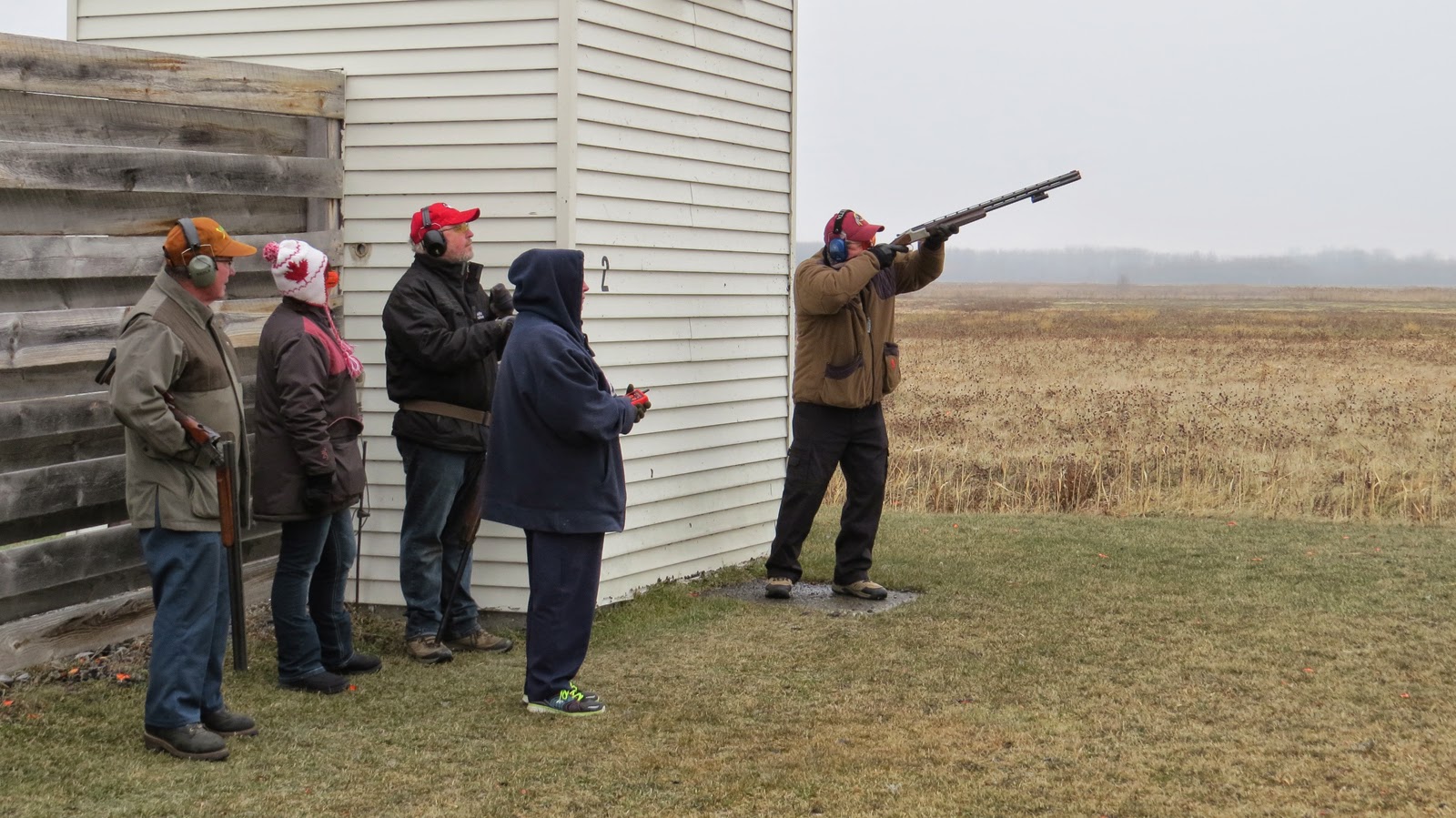 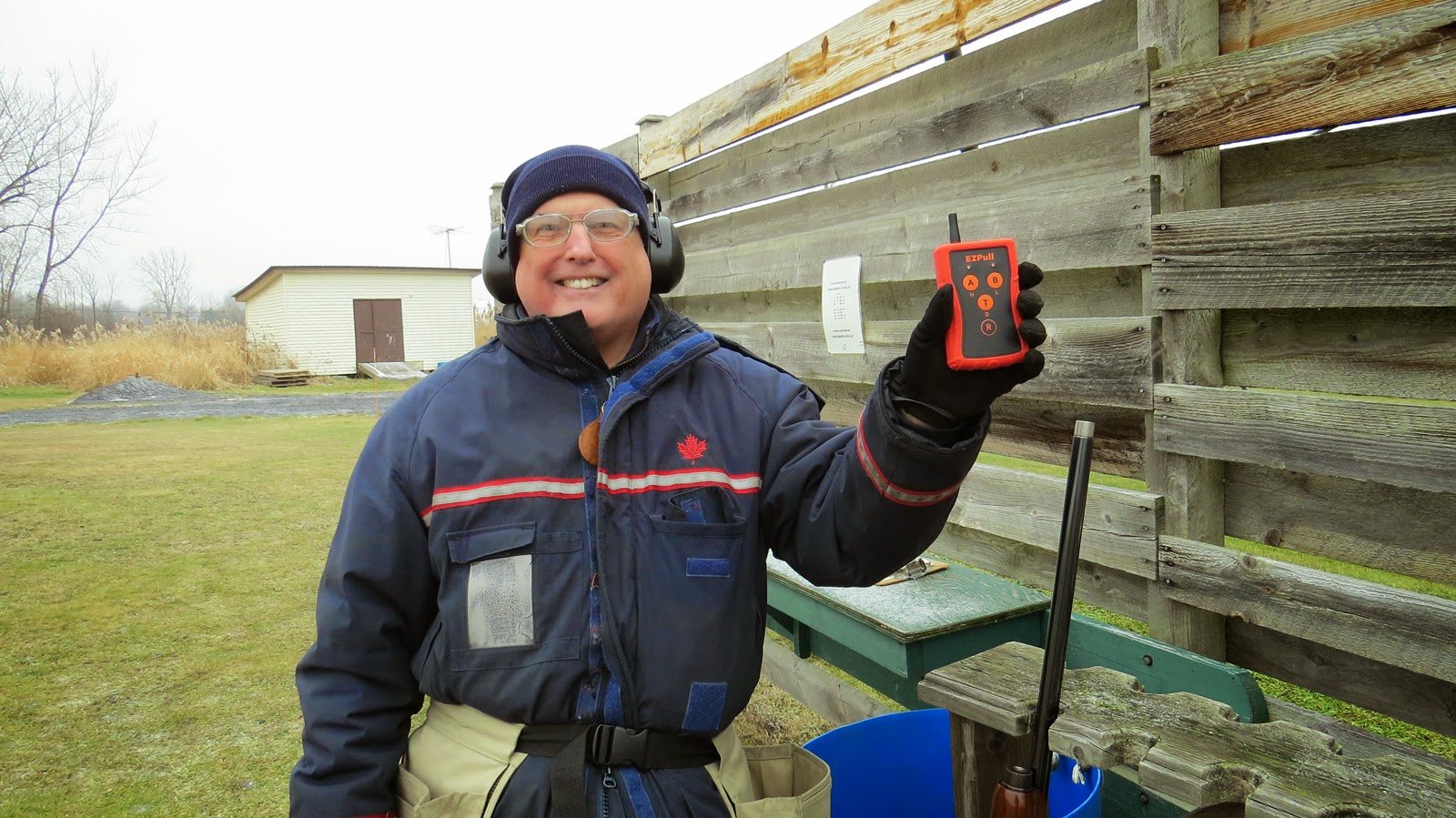 I was offered the option of wire release or the remote.  Went with the remote.

I shot 4 rounds of skeet and never a no target call.

On the ride home, heavy fog as I neared the border.  Some places visibility dropped down to 100 foot or less.   Had to drop down from 55mph to about 40mph for maybe 30 minutes before it started to clear.

Posted by Lost Target at Saturday, December 06, 2014 No comments: