A sunny day, but only in the low 50's.  On the windy side and changed direction during four rounds of shooting. Made for interesting targets! 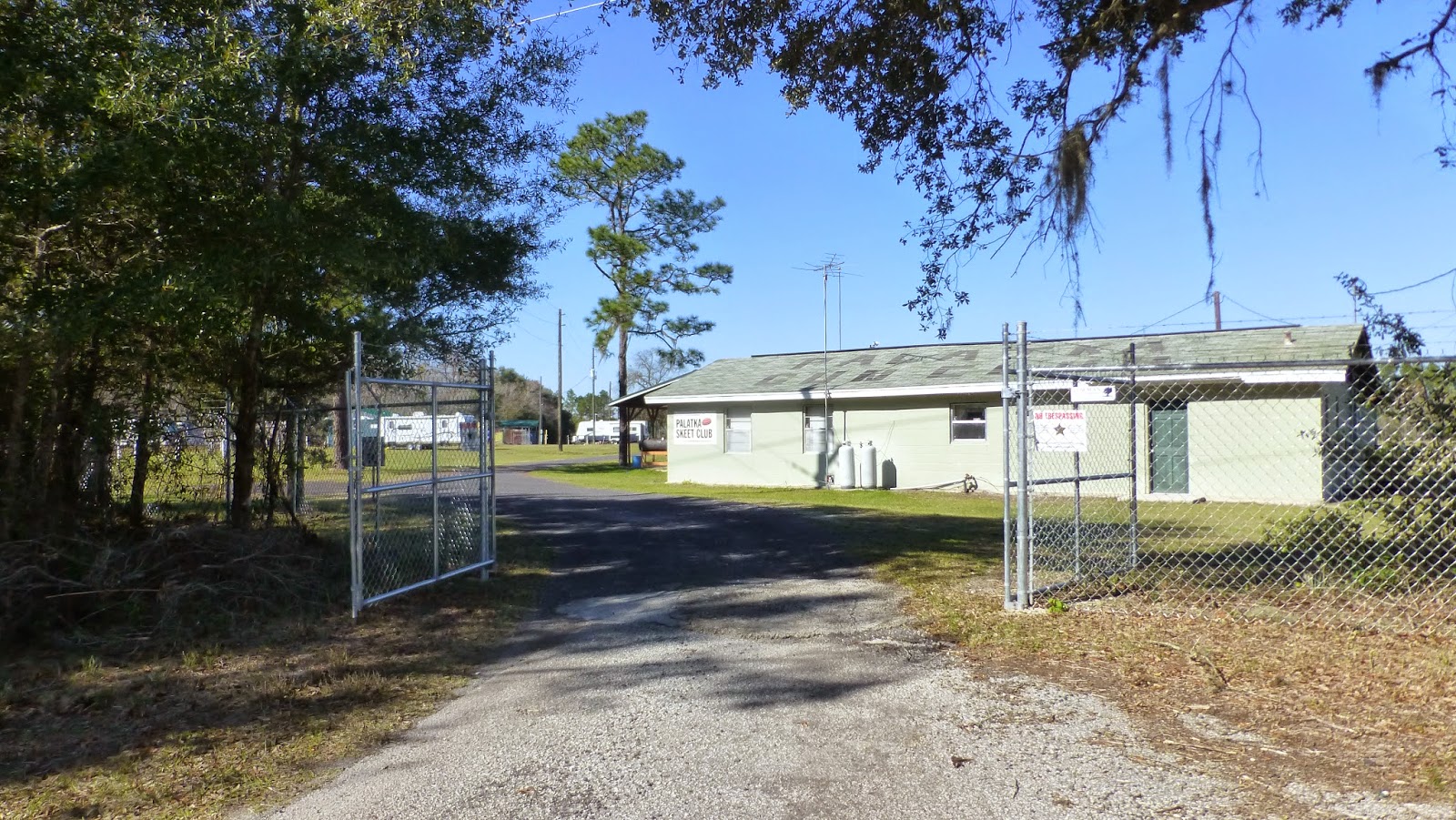 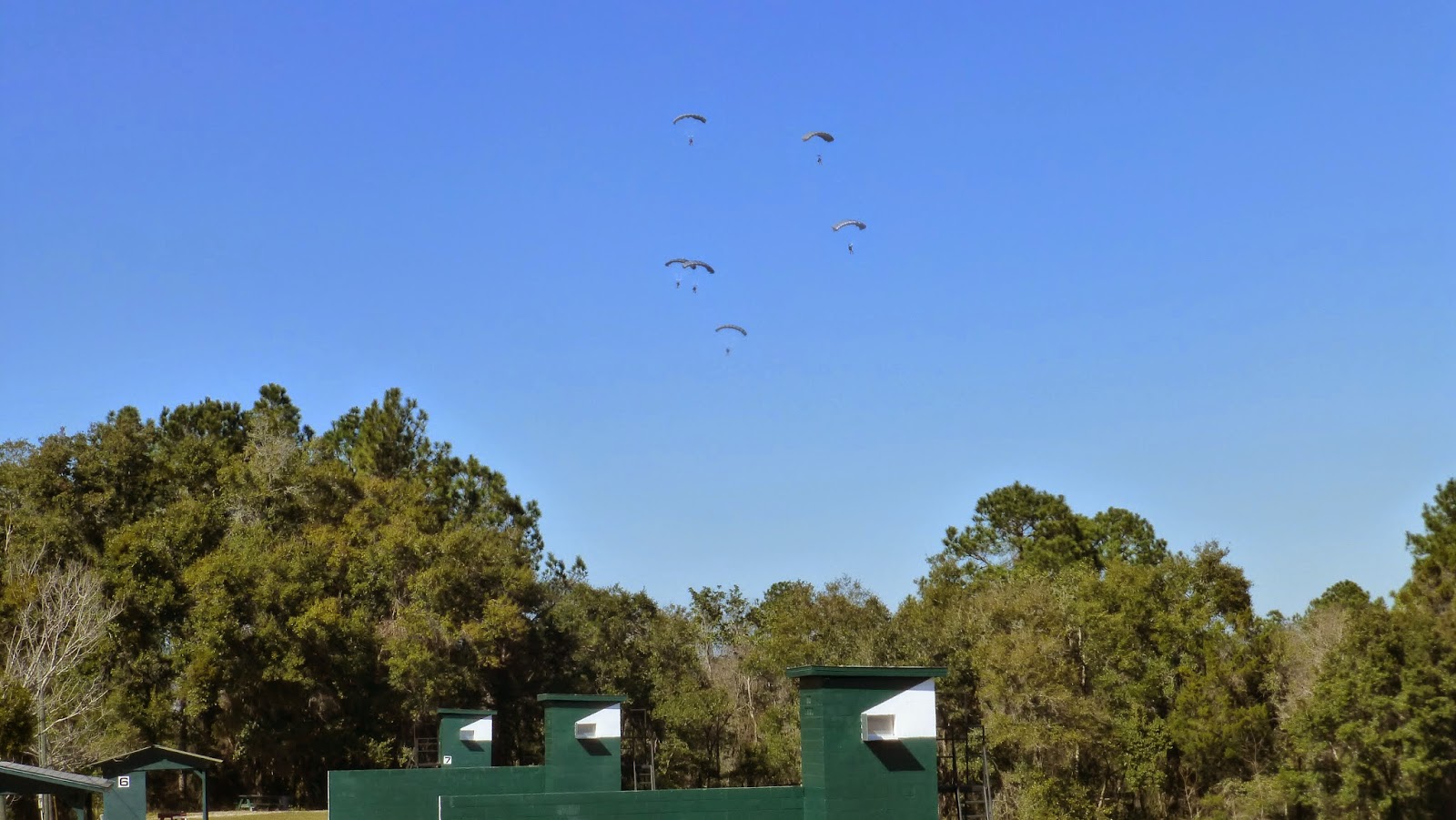 Parachutist from the nearby airport! 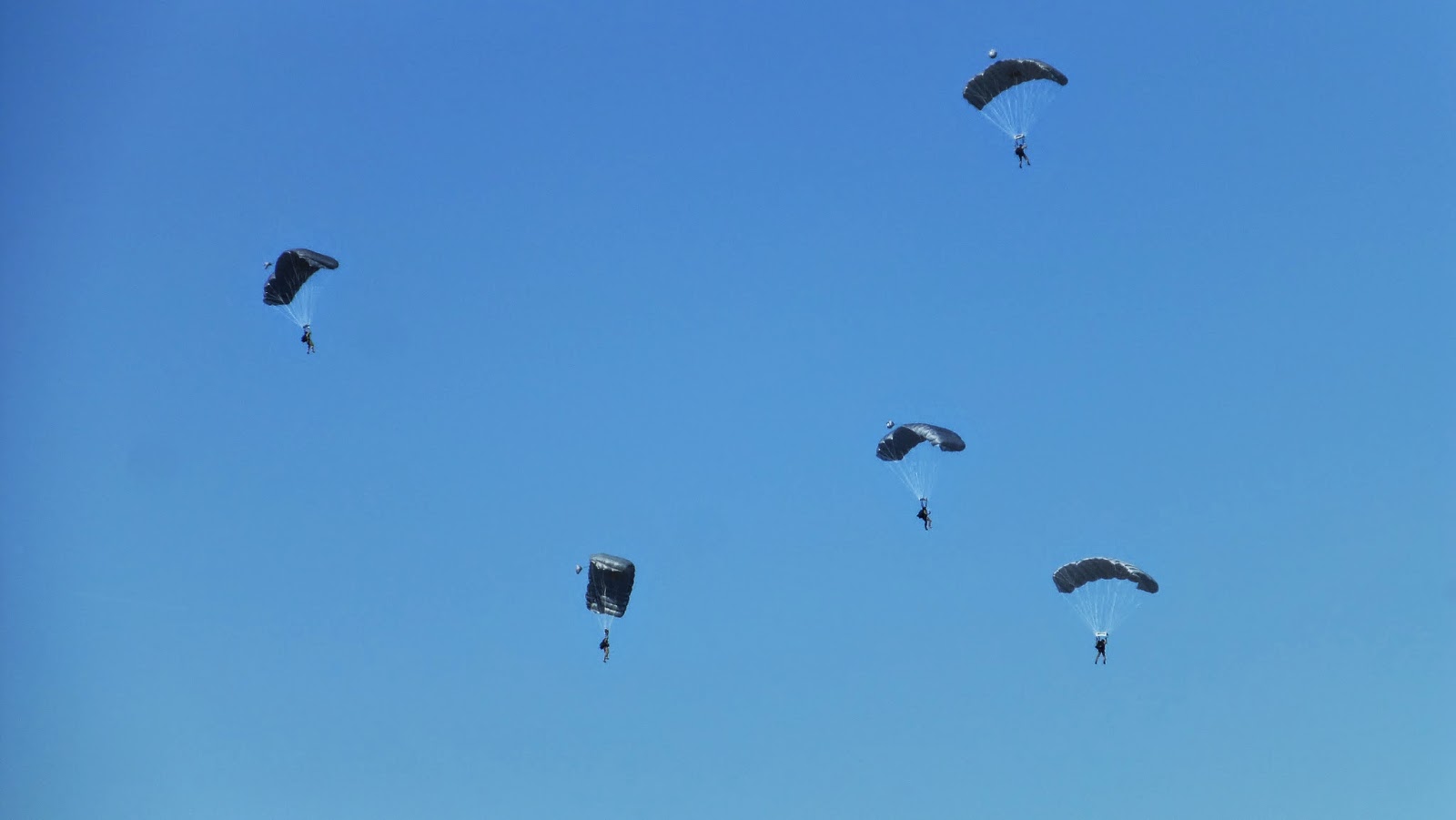 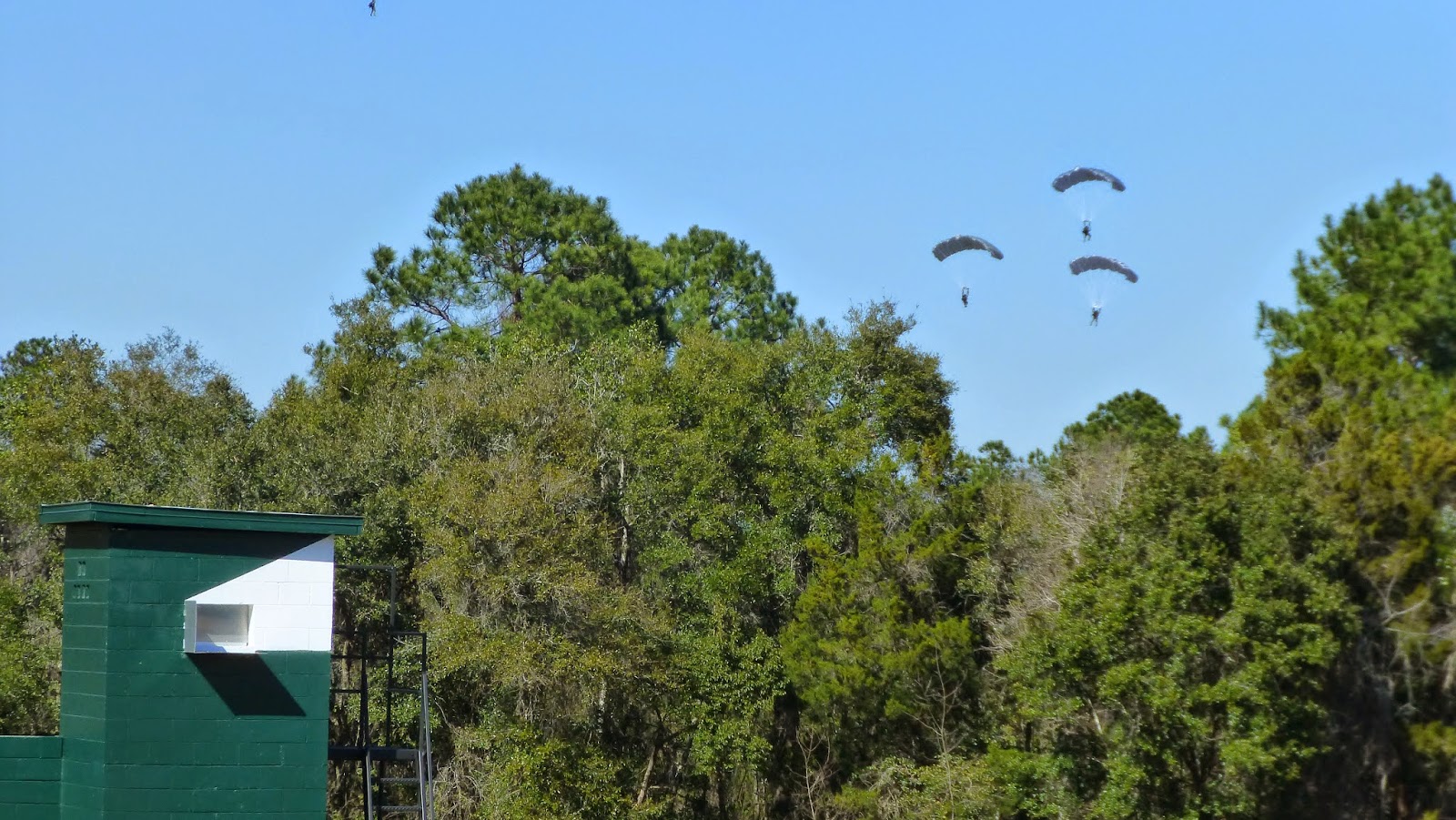 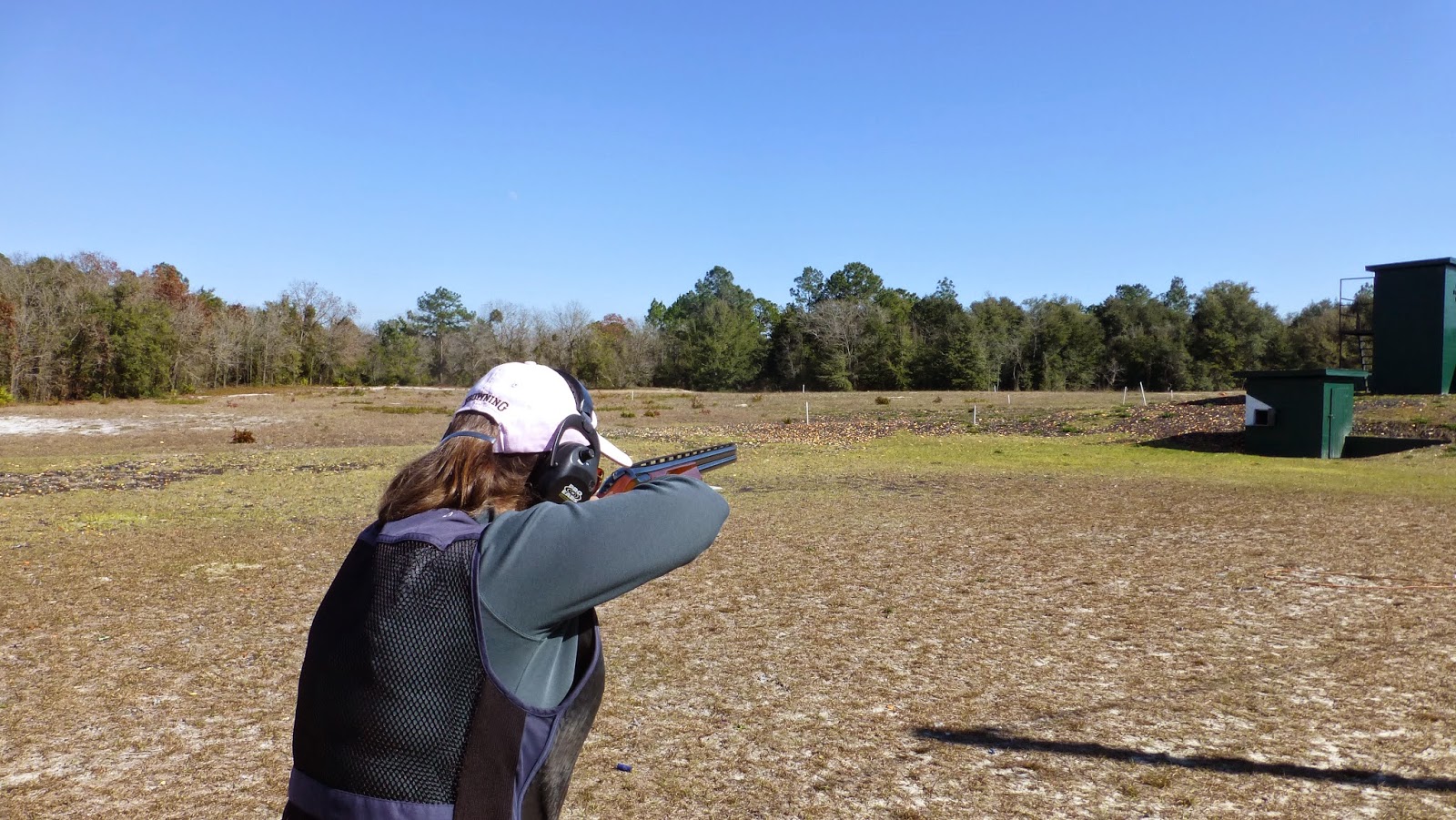 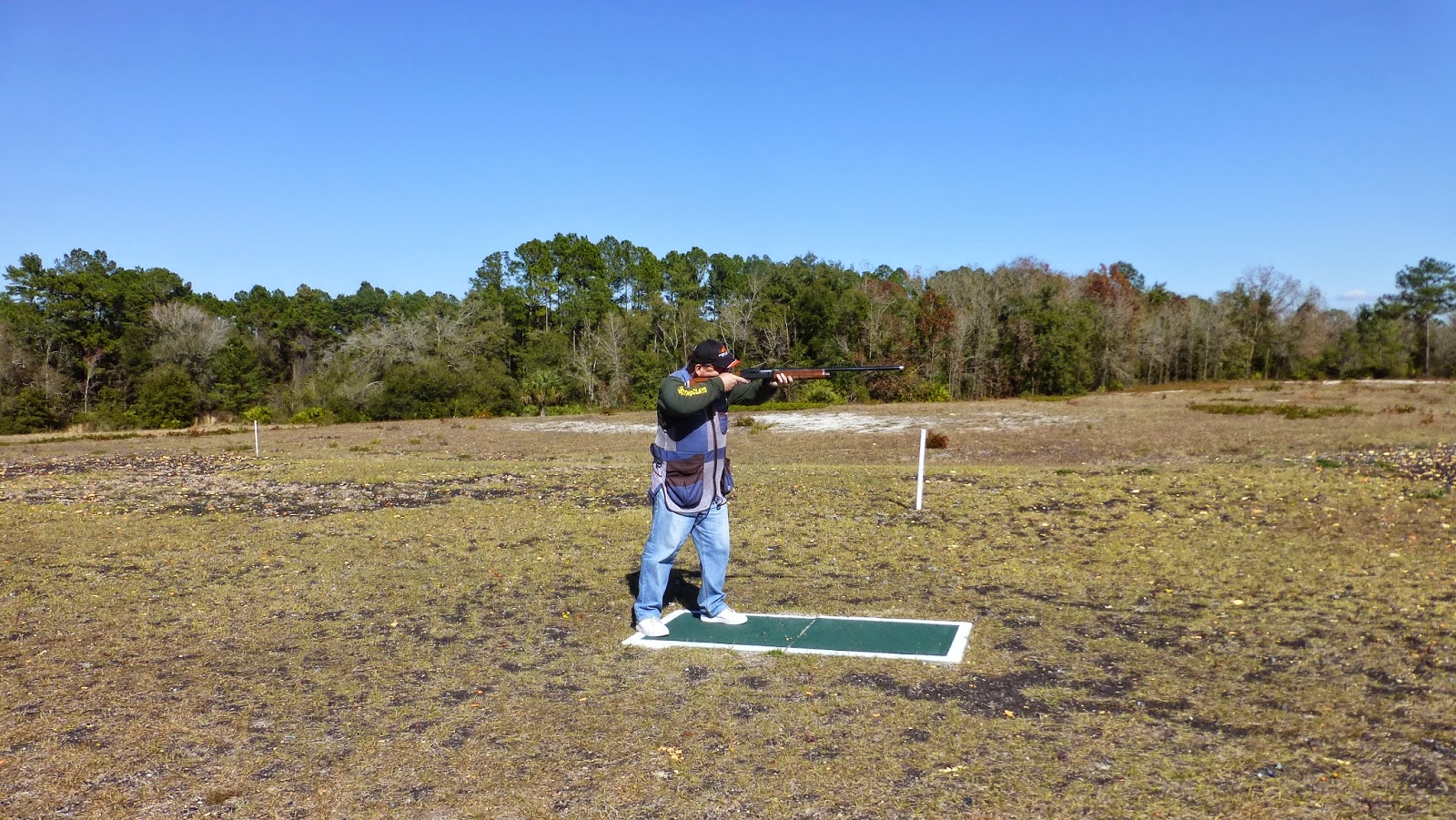 On the way home we stopped at a farm stand and purchased produce harvested from surrounding fields.

Posted by Lost Target at Wednesday, January 28, 2015 No comments:

The revised application addresses the change in law that states Non-VISA visitors to the USA don't need a Hunting License or Shoot Invitation.

If you DON'T need a VISA to enter the USA, you still need this form to temporarily import firearms and ammunition into the USA.  You just don't require the supporting documents that were required in the past.

The latest Lost Target revision to the "Type In" version is Jan 28, 2015.  Recommend that if you downloaded prior to this date, re-download.  Revisions based on feedback from various users!

We hit the Flagler Gun  & Archery Club (Bunnell, FL) to get in some trap practice.

Only 52 degrees, but no wind and pretty decent shooting weather. Overcast, but no problem picking up targets. 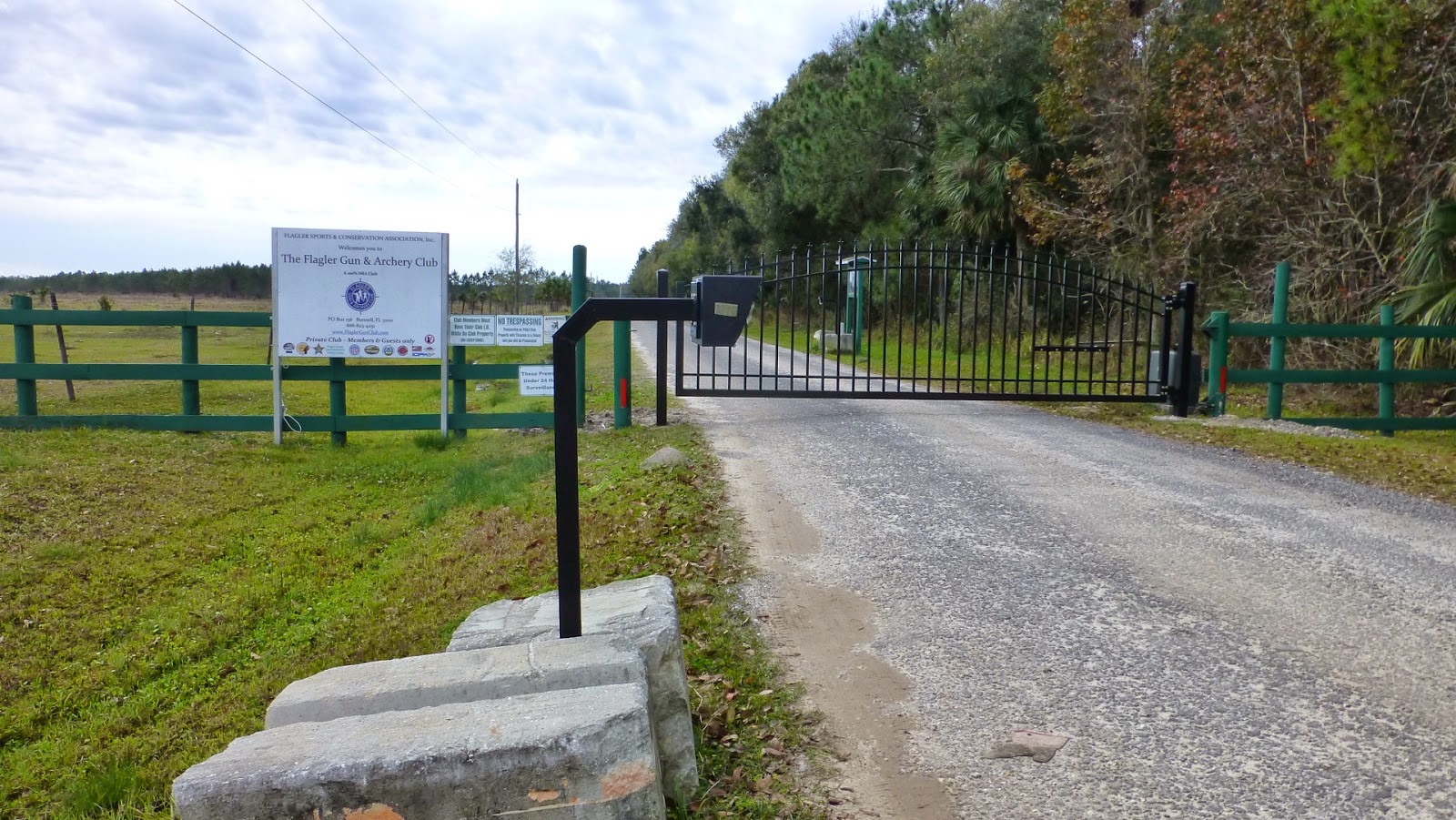 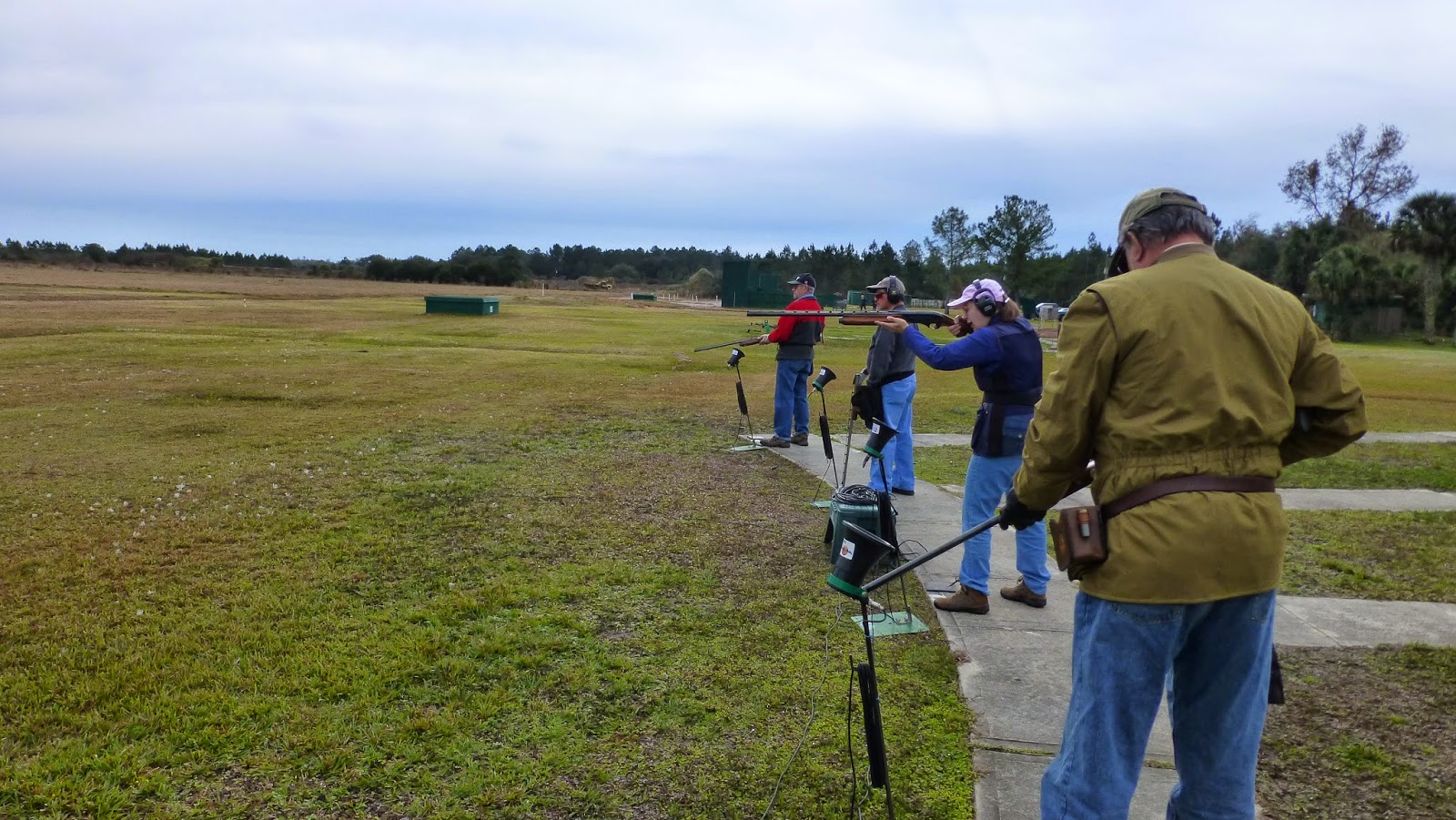 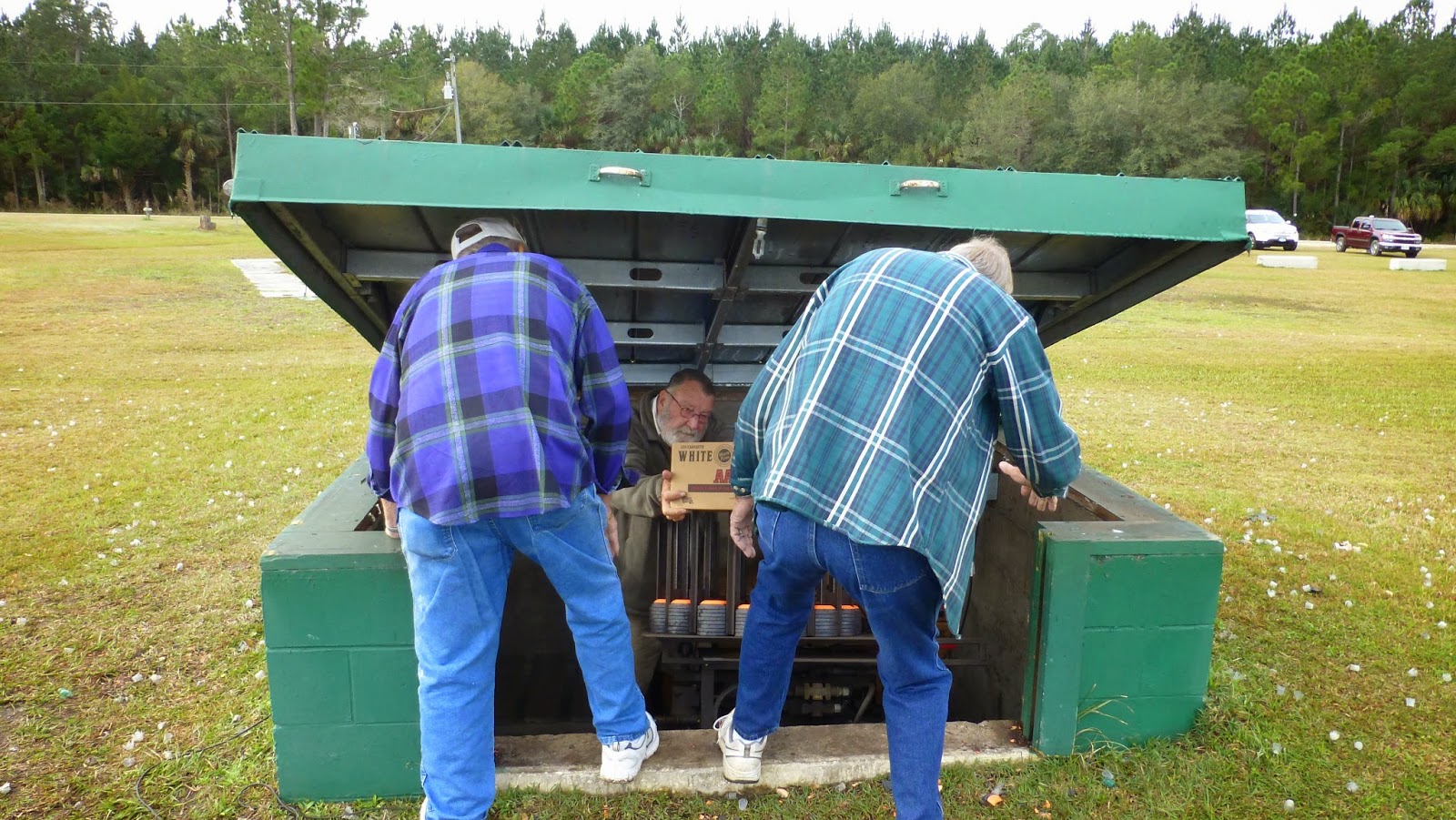 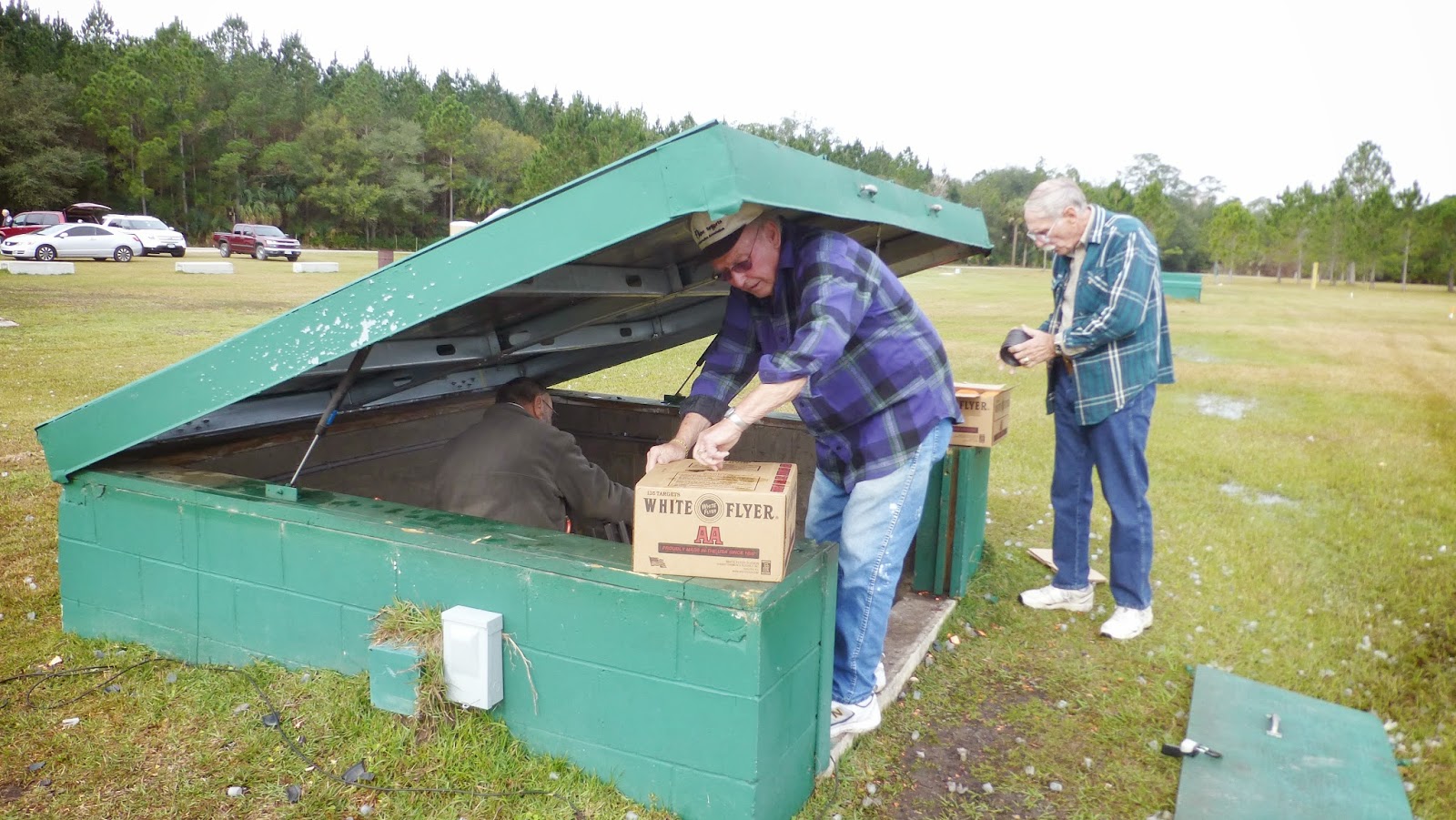 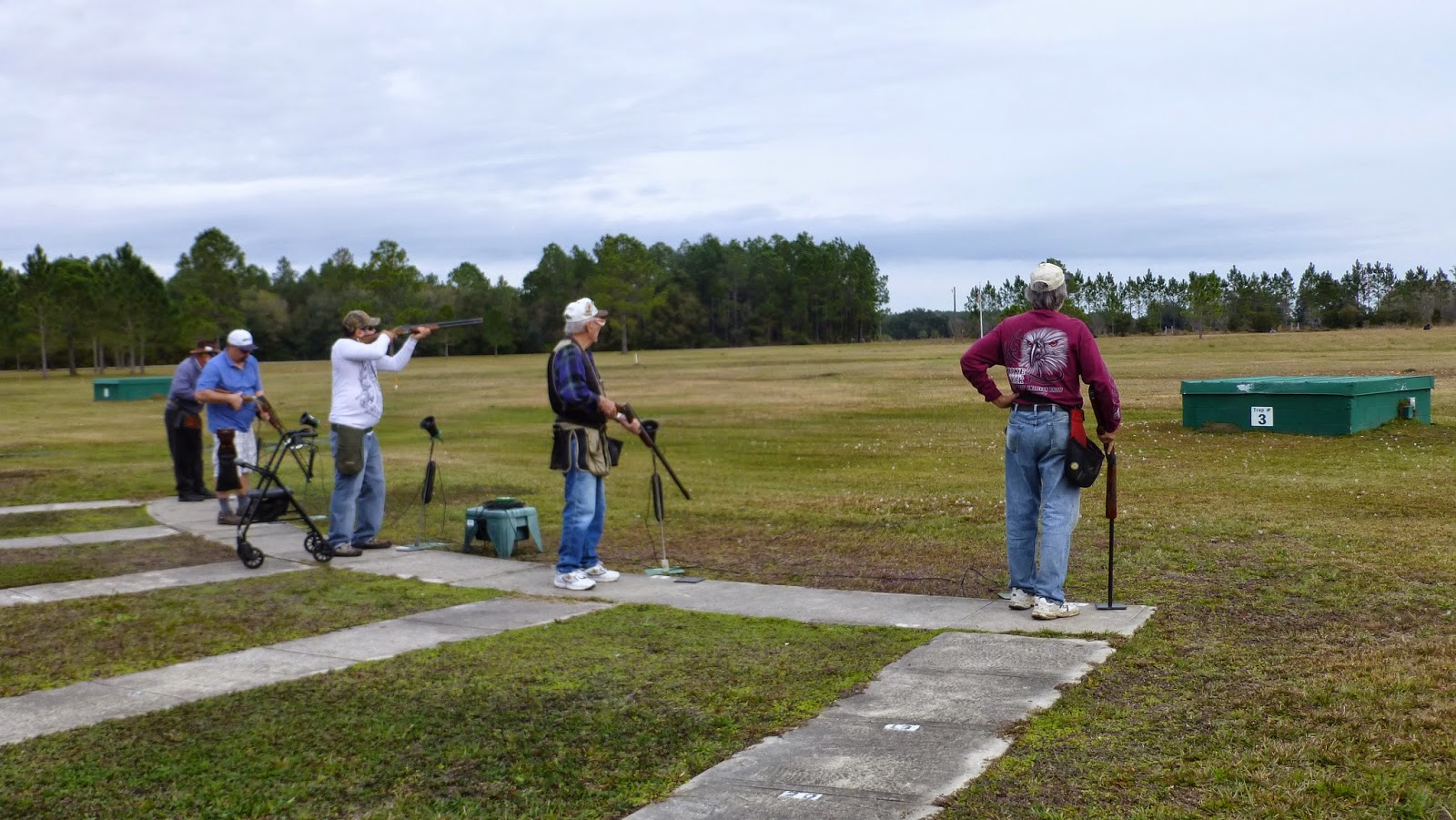 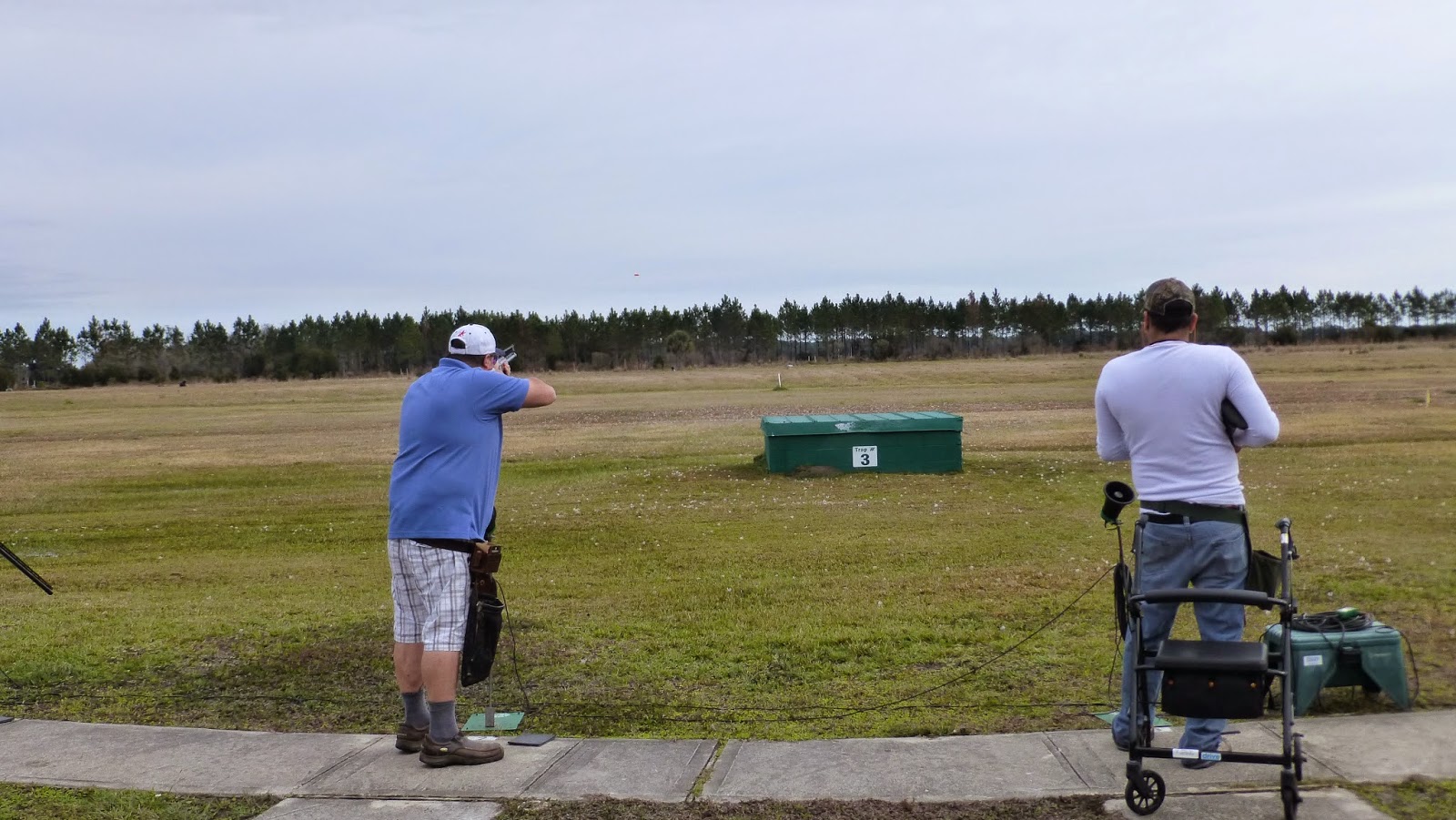 Can't complain about the background! 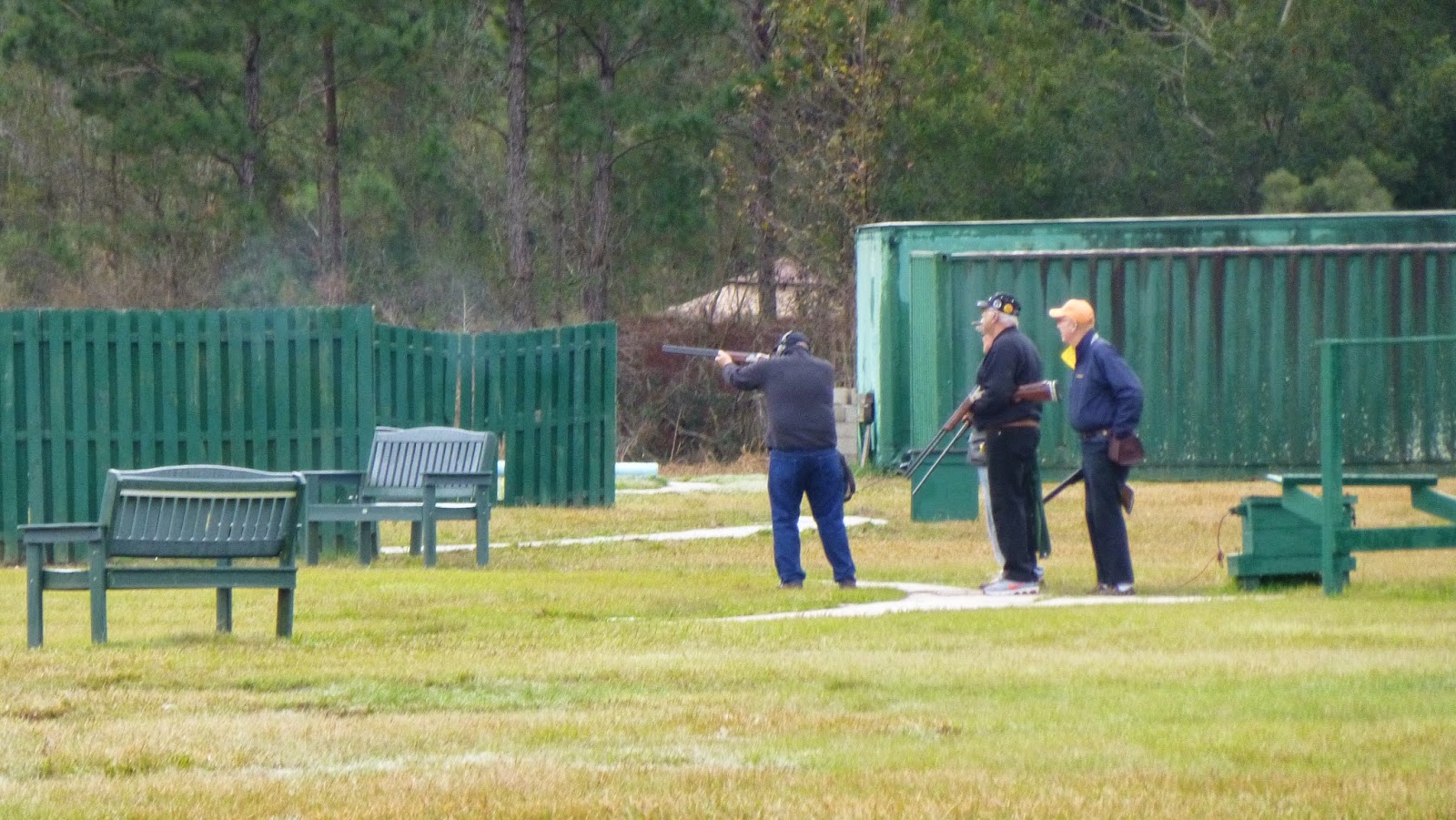 Skeet
Members shoot for $4.55 a round after purchasing a punch card.
Sneakers may not be the best choice as grounds can be a little wet for a few days after a rain.
﻿
Posted by Lost Target at Tuesday, January 20, 2015 No comments:

We paid a visit to Amelia Shotgun Sports (North of Jacksonville, Florida).  63 degrees and no wind.

One sporting clays course, but Red and Blue stands doubles the size of the course.

Shoot the blue course and if you wish, take a shot at the red course, or shoot both.

The course can be easily walked.

Integrated  into the course, but in a designated area. is the Yellow course.  50 target course for first time shooters.  I don't think I've ever visited when it was not in use. 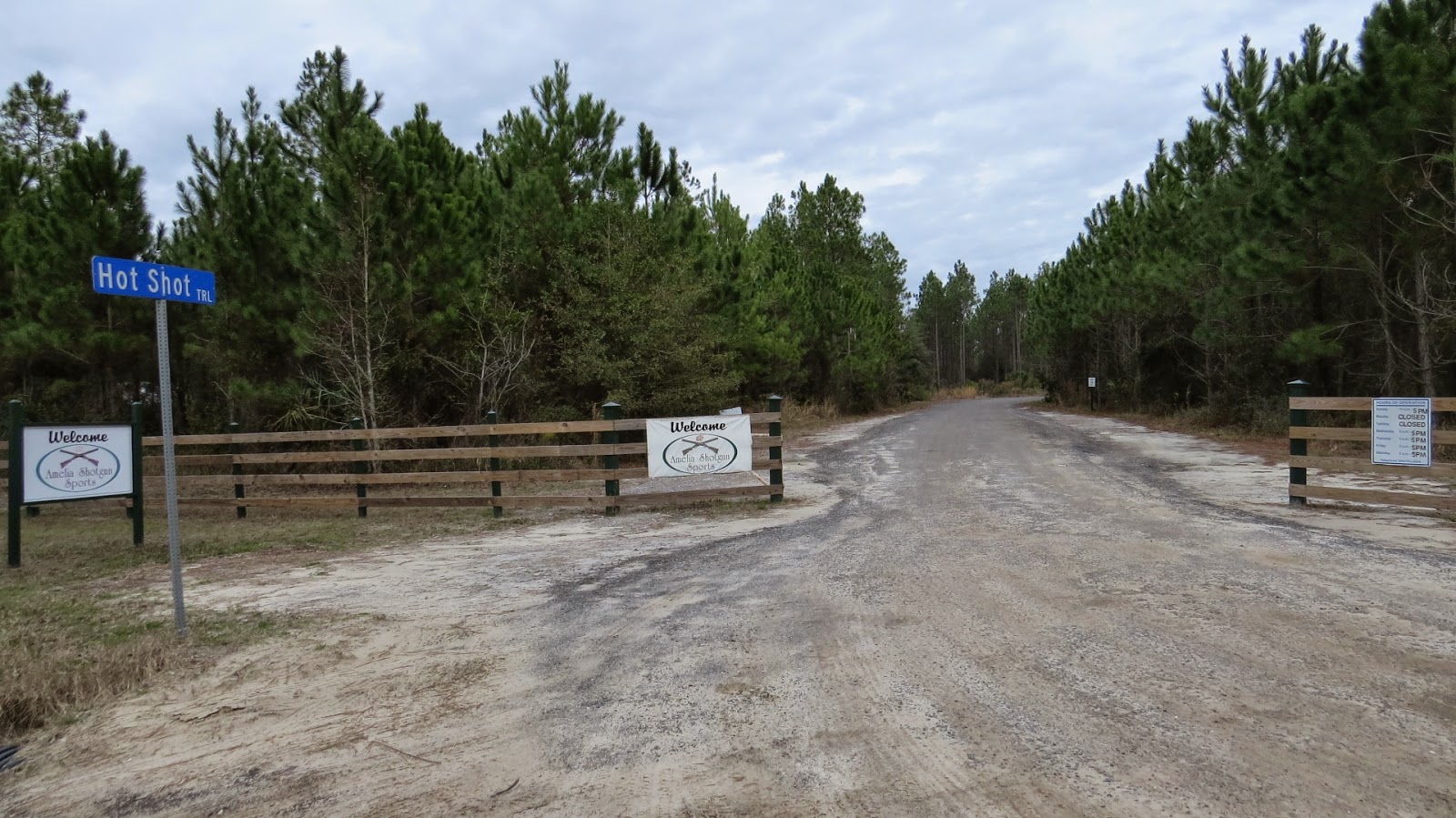 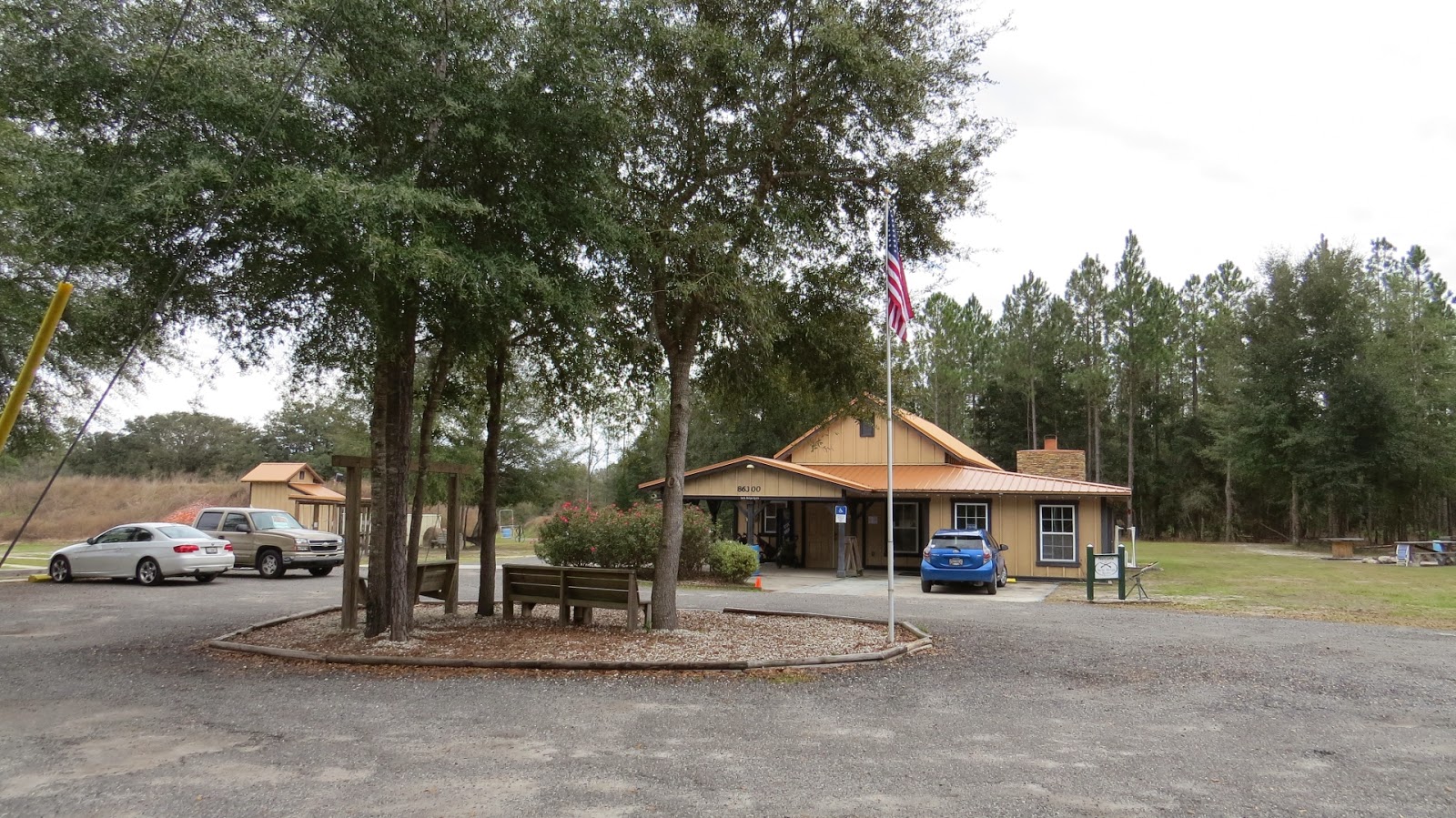 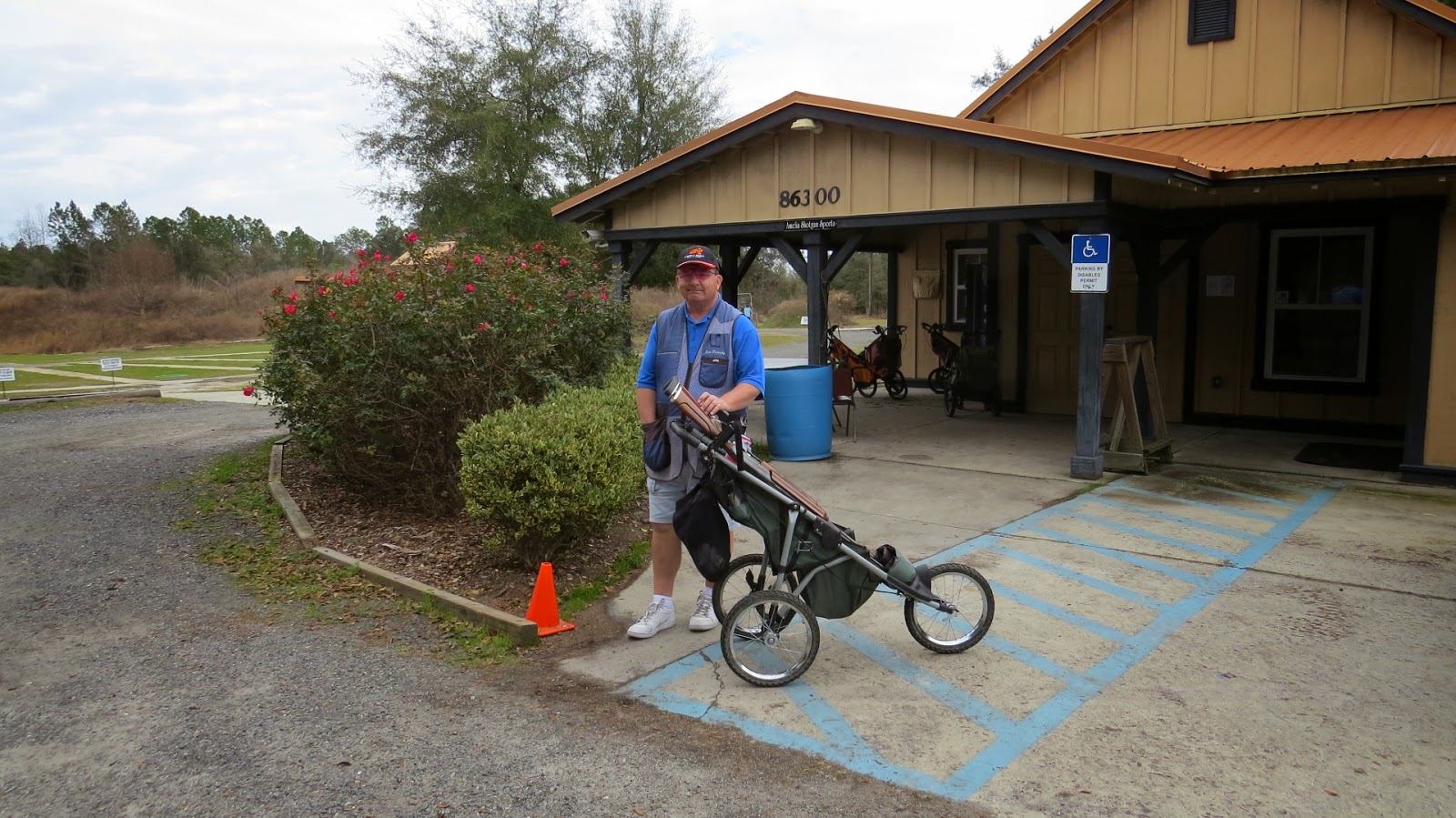 A rare photo of the Lost Target : ) 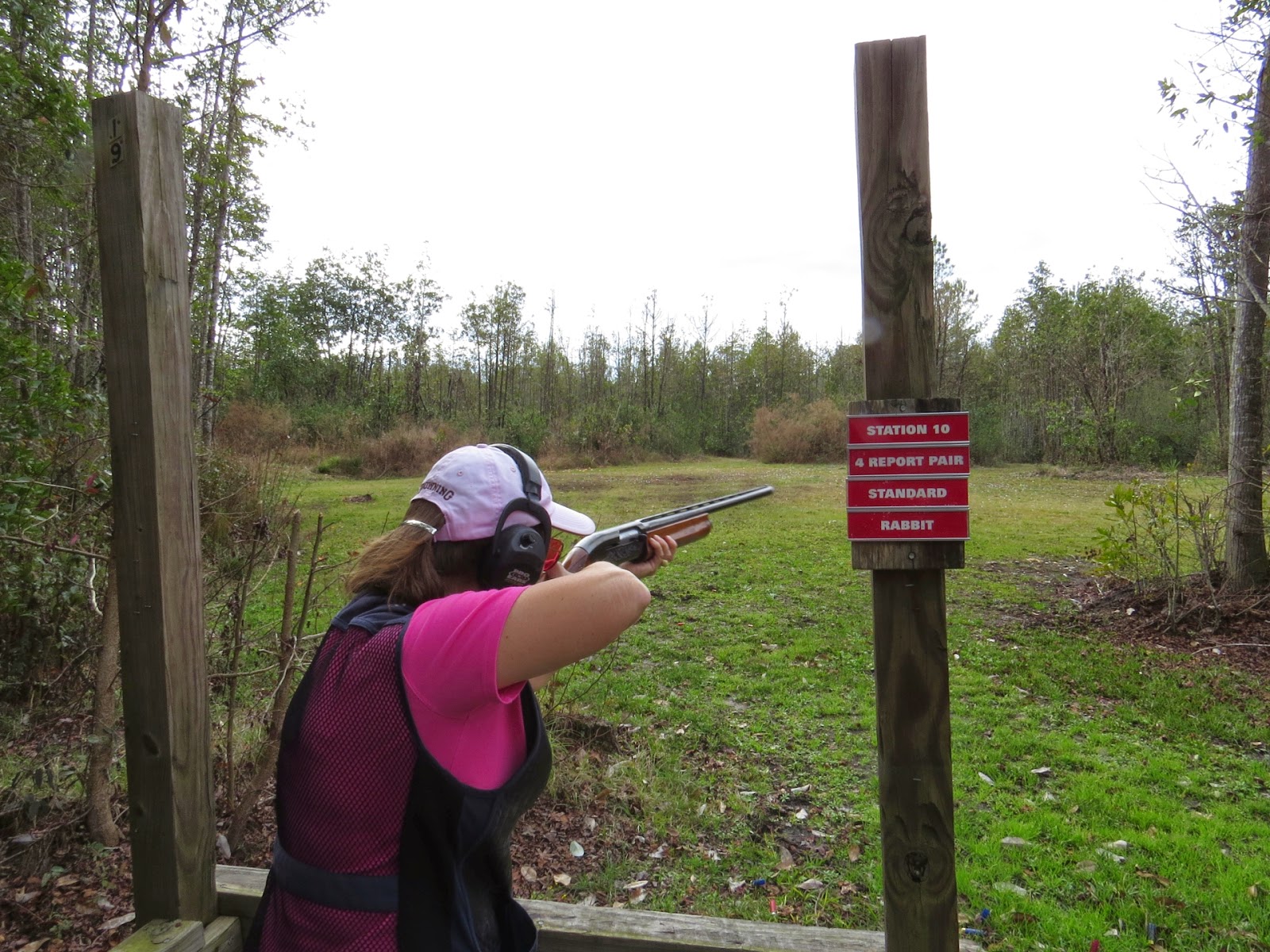 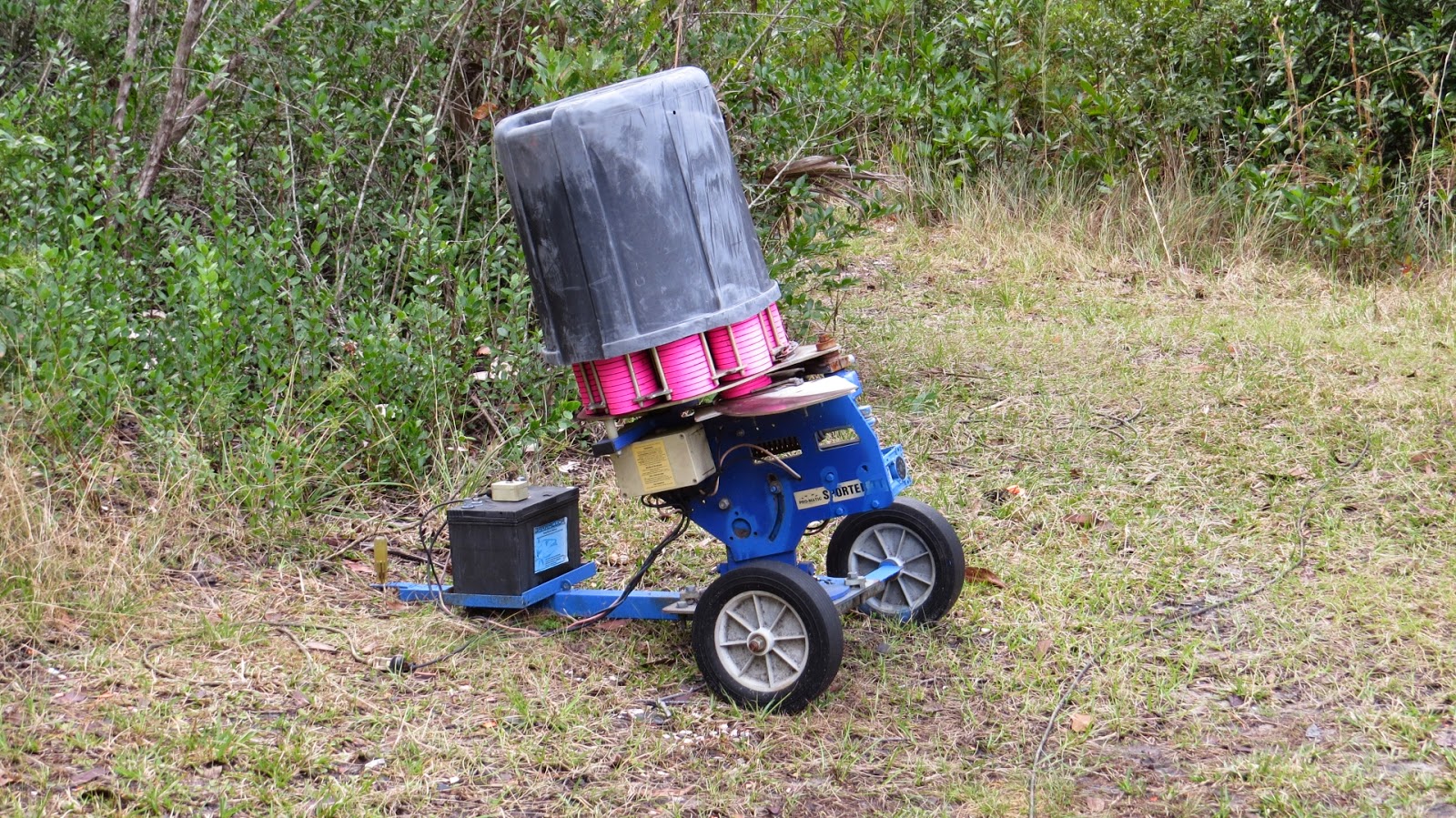 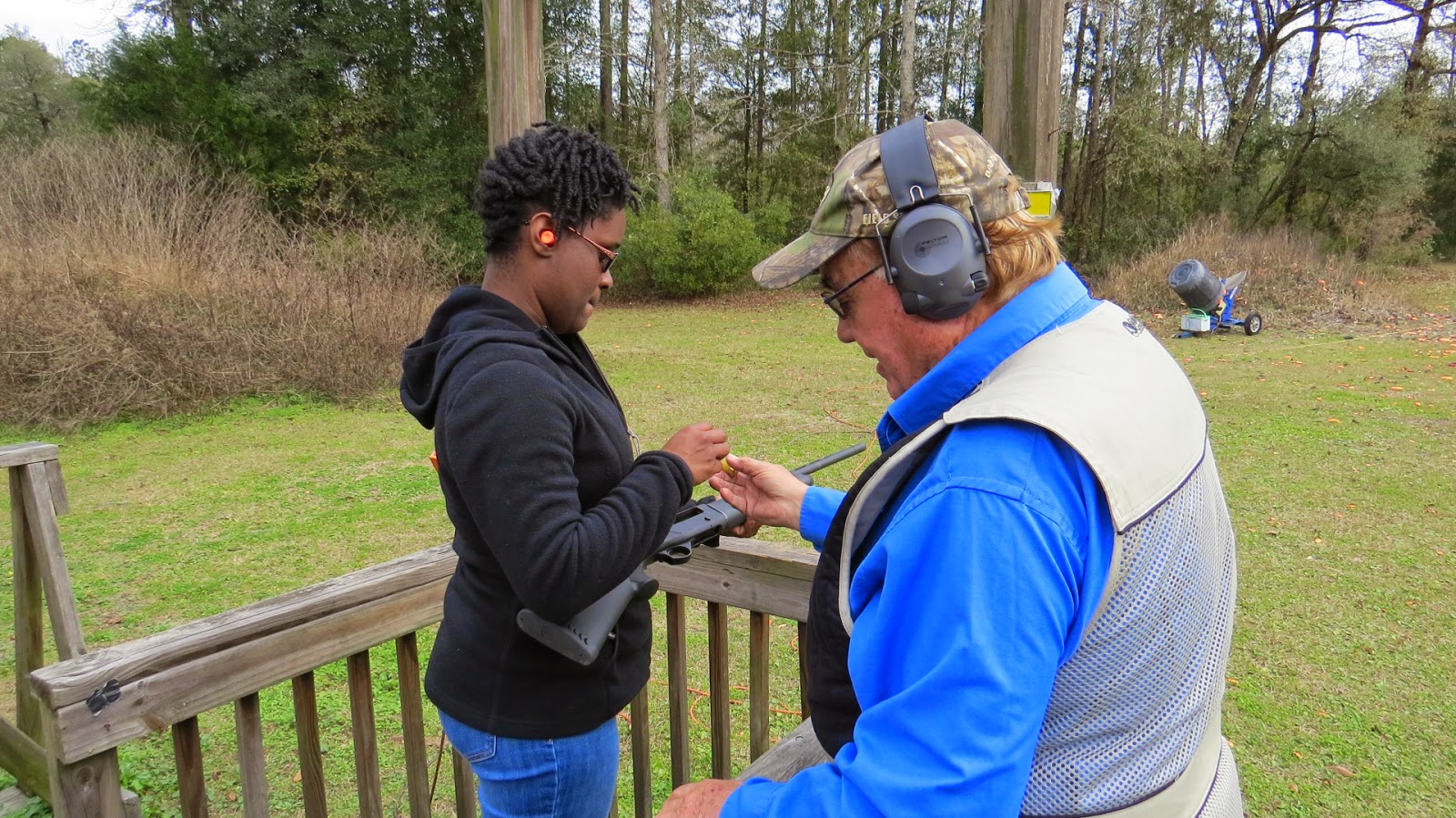 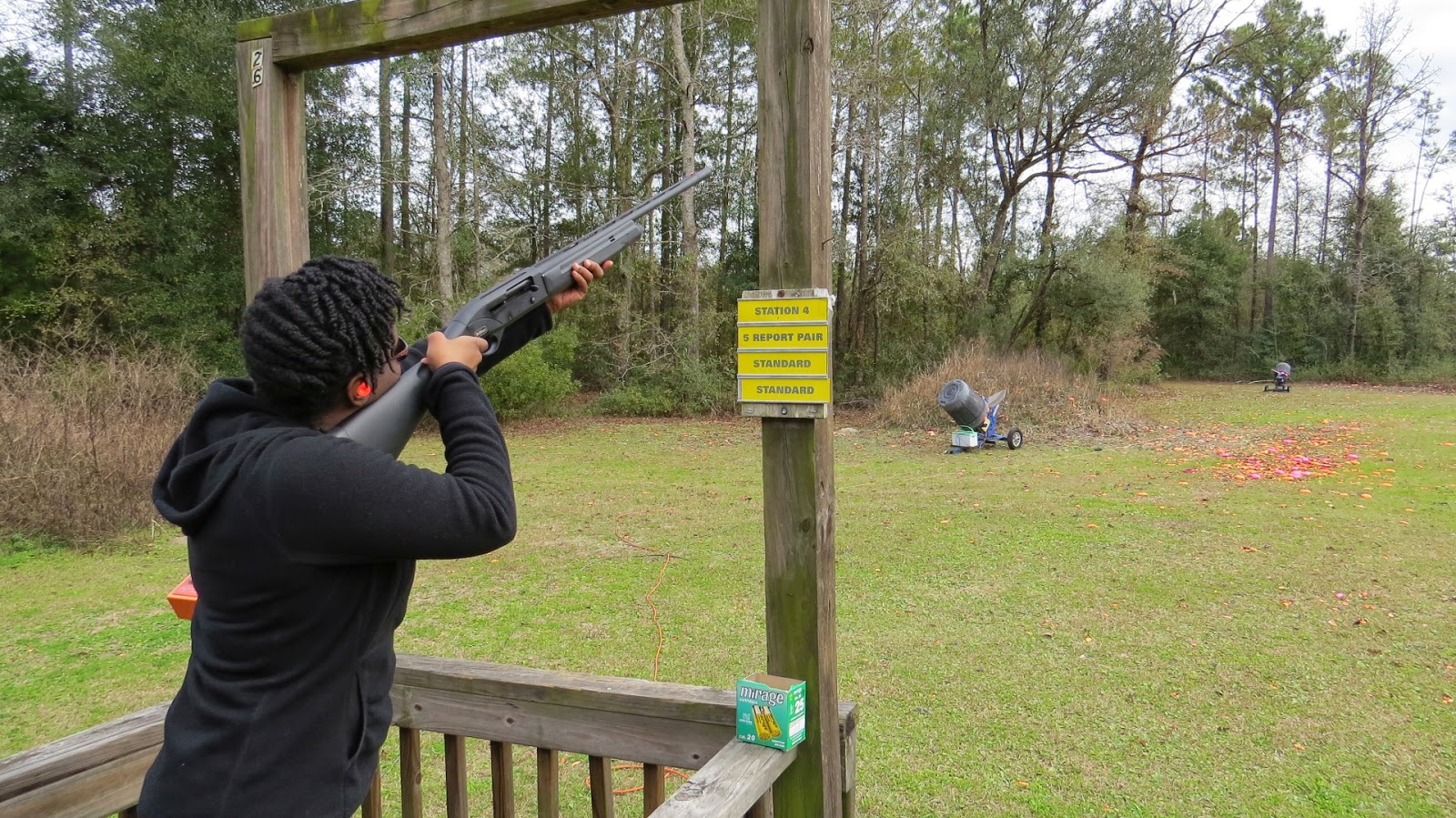 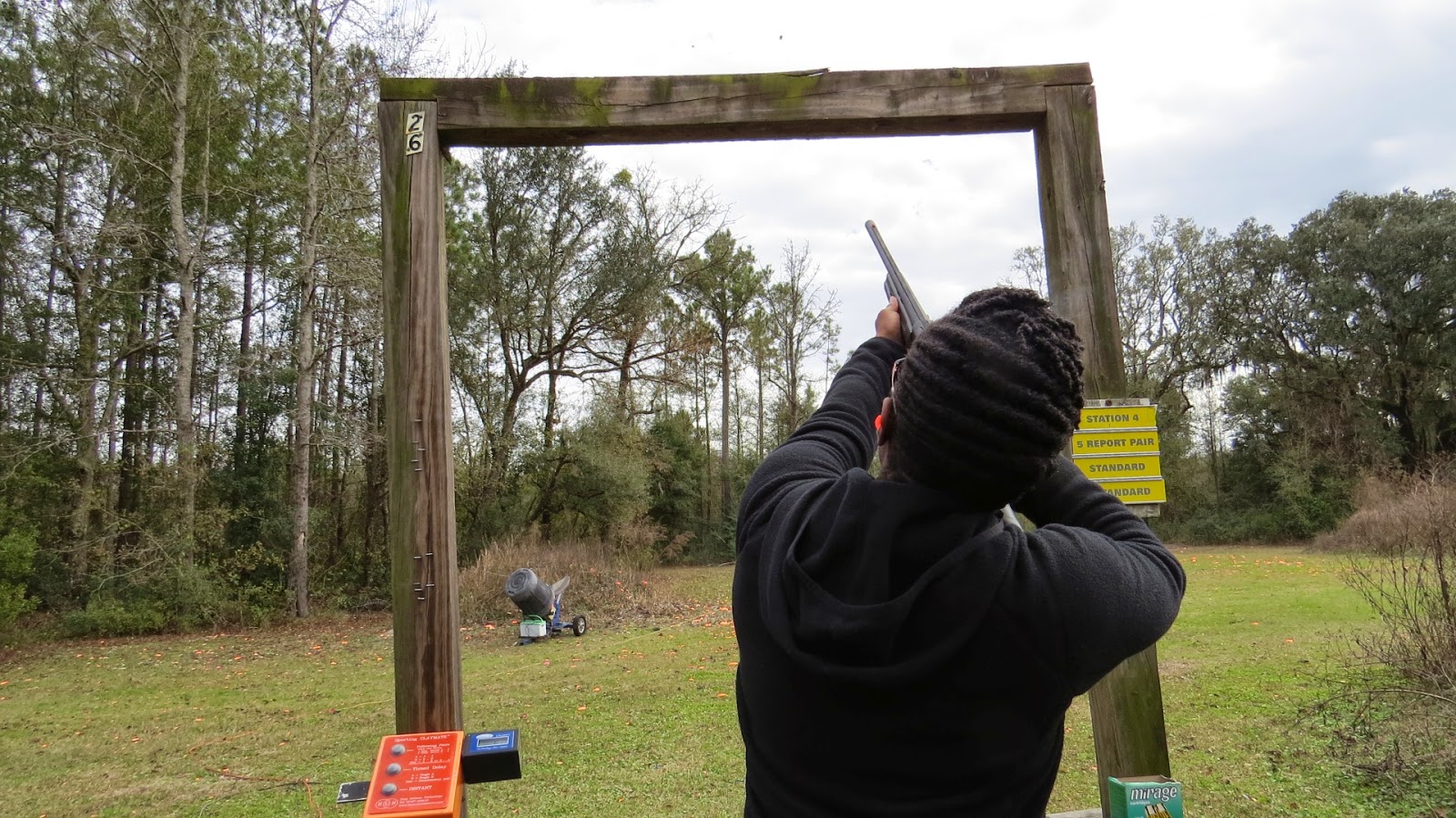 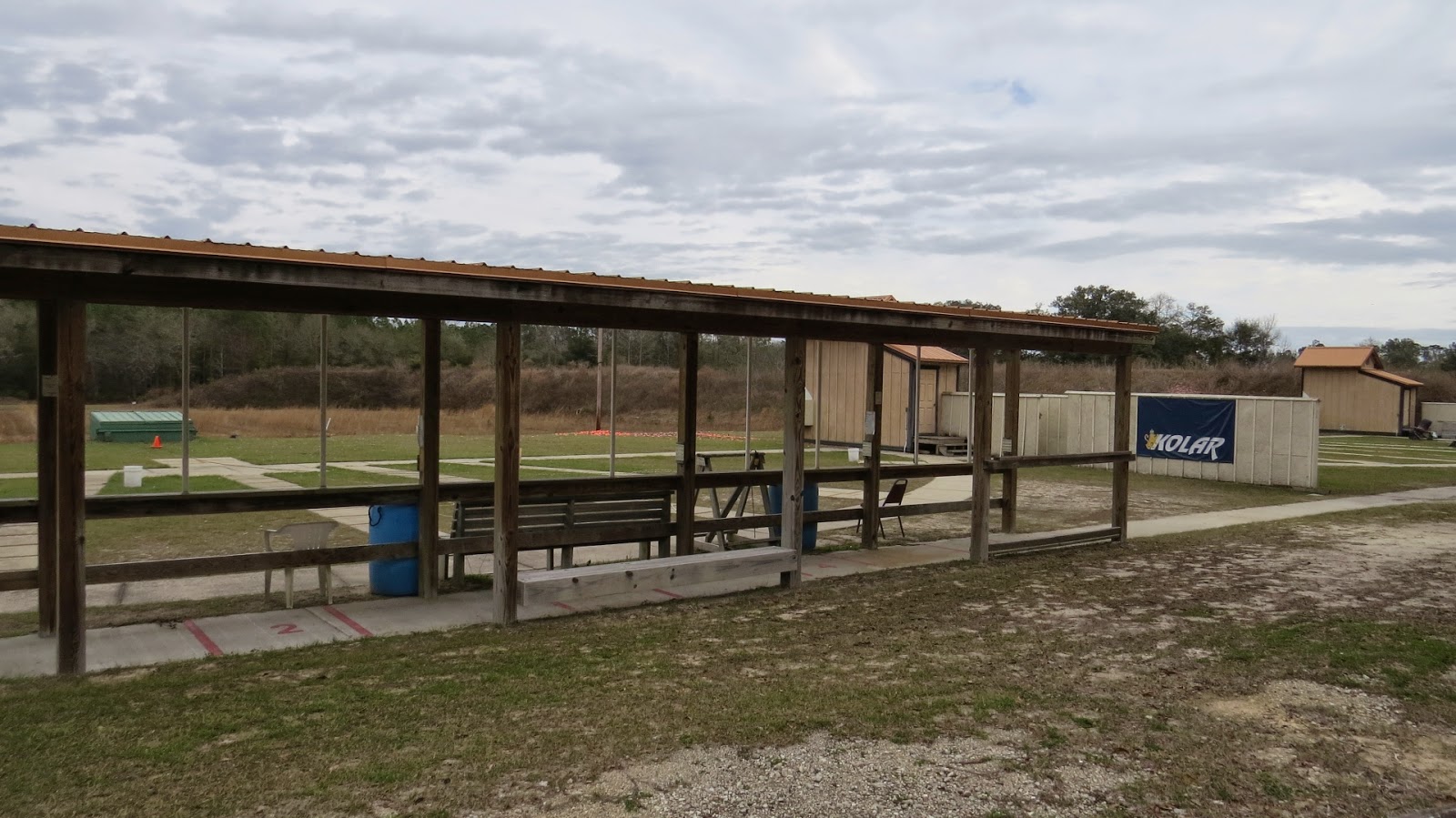 We shot a combination of Red and Blue stand targets.

Three rabbit machines on the course.

The club is open Wednesday through Sunday.  Loaner guns and ammunition available.

On the way home. 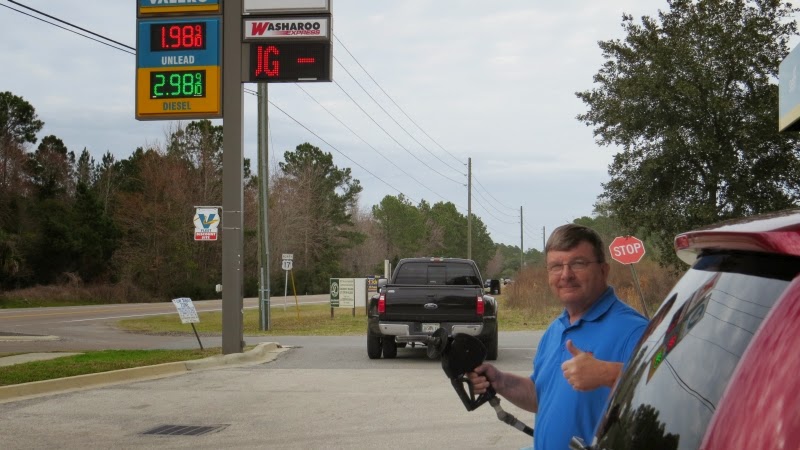 First gas I purchased for under $2 in many years.  If I had purchased a car wash at the pump, an additional $.15 off a gallon.  But, just had the car washed the previous day!  Next time.....

Posted by Lost Target at Saturday, January 17, 2015 No comments:

We dropped in on the Bradford Sportsmen’s Farm  annual Member Appreciation Day.  We're not members but found from past visits that non-members are always welcomed and encouraged to enjoy the provided meal!

A nice gesture by the club, giving something back to members! Members shoot at a discount and also receive a free lunch.  Besides hamburgers and hot dogs and all the fixings, fried venison was offered.  A home run on the venison, really tasted good!  By the way, lunch was all you can eat.

Both owners were out and about!

A cool start to the day, only in the upper 40's, but little wind and sunny skies.  When we departed it was 56 degrees. 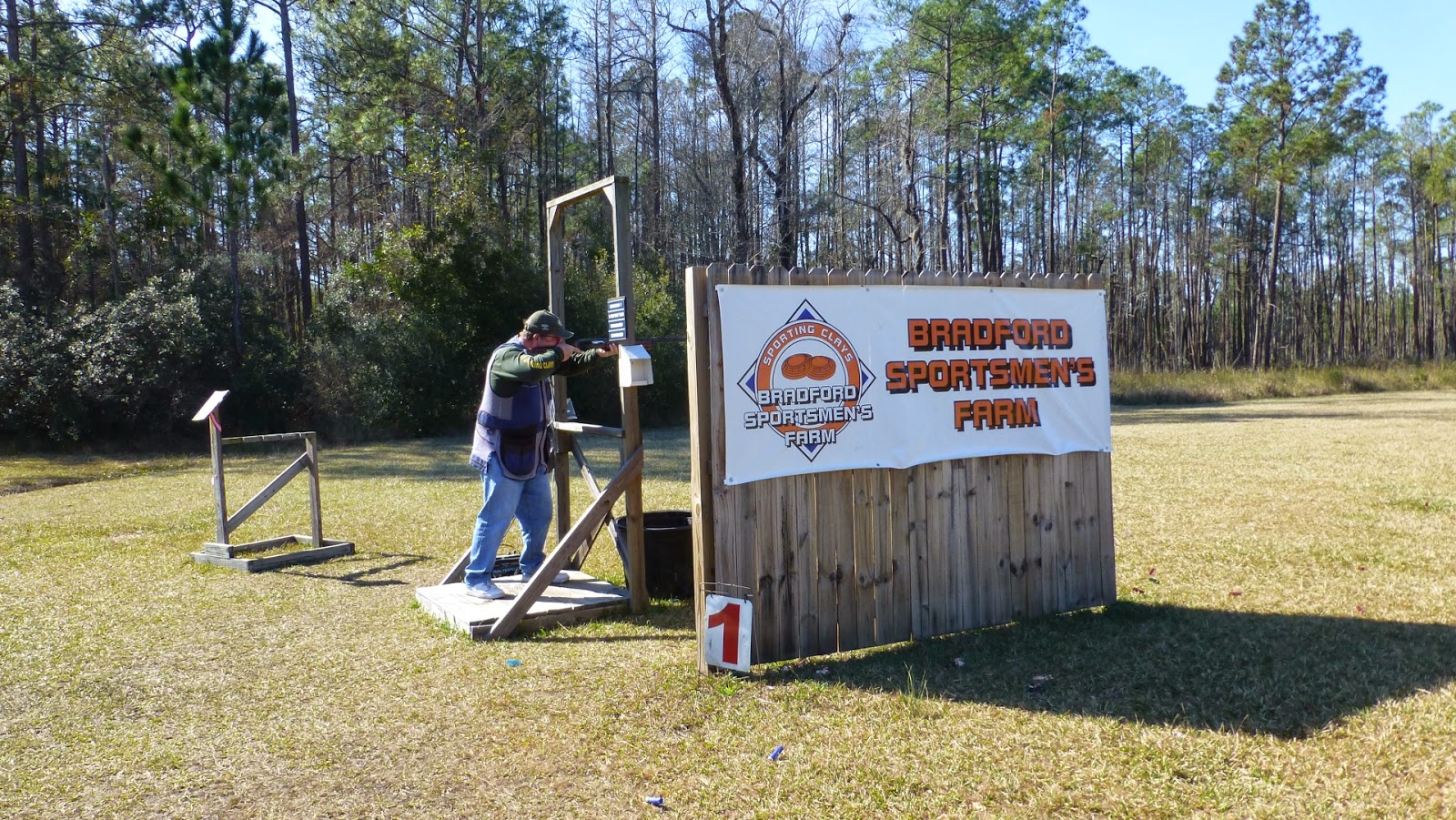 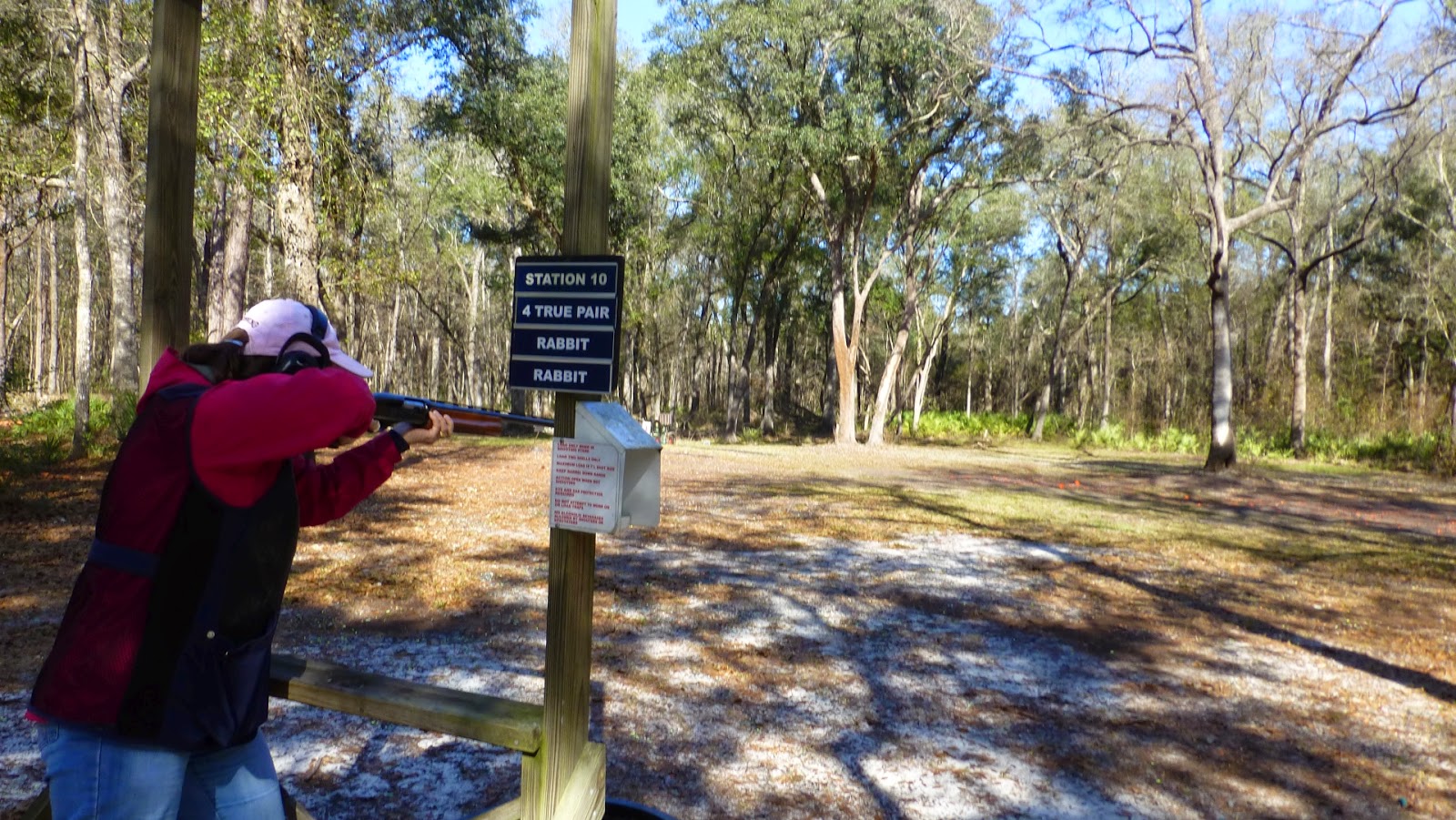 I shot both the west and east course, the wife just the east.

Walking down the east course road we had three deer cross the road on the run in front of us.

We shot three hundred shells out of a pair of 1100's and only one failure to feed.

Was using factory RIO shells, 1210fps.  Something I don't remember happening in the past, was after shooting a report pair I literally had a flame shooting out of the open chamber.  It startled me and caused me to drop the shell I was attempting to insert. I gather unburnt powered igniting.

No target breakage (no bird calls) and no machine breakdowns.

The road between the club and the main road has seen major work.  No more wash board driving and looks like a major effort was made to improve drainage.

It looks like the road around the west course has seen improvement.

Several shooting stations on the west course now have covered shooting stands.  No short cuts on the build, they look professional built.

The Promatic system on the west course is new.

A the host many shoots, as well as the state shoot from time to time.

Each year the club holds the Florida Challenge, a major NSCA sporting clays shoot.  This year the shoot is  February 26 - March 1, 2015.

The shoot includes FITASC, 5-Stand, and small gauge events, as well as a 200 target main even.

Several shooters that I know just come in and shoot the prelim event and pass on the main event. A few others just shoot FITASC.

Video and Photos from the 2014 shoot!

First practice of 2015 was at the Volusia County Skeet and Trap Club. The club is 10 minutes from the Daytona Beach Race Track, I-95 exit. 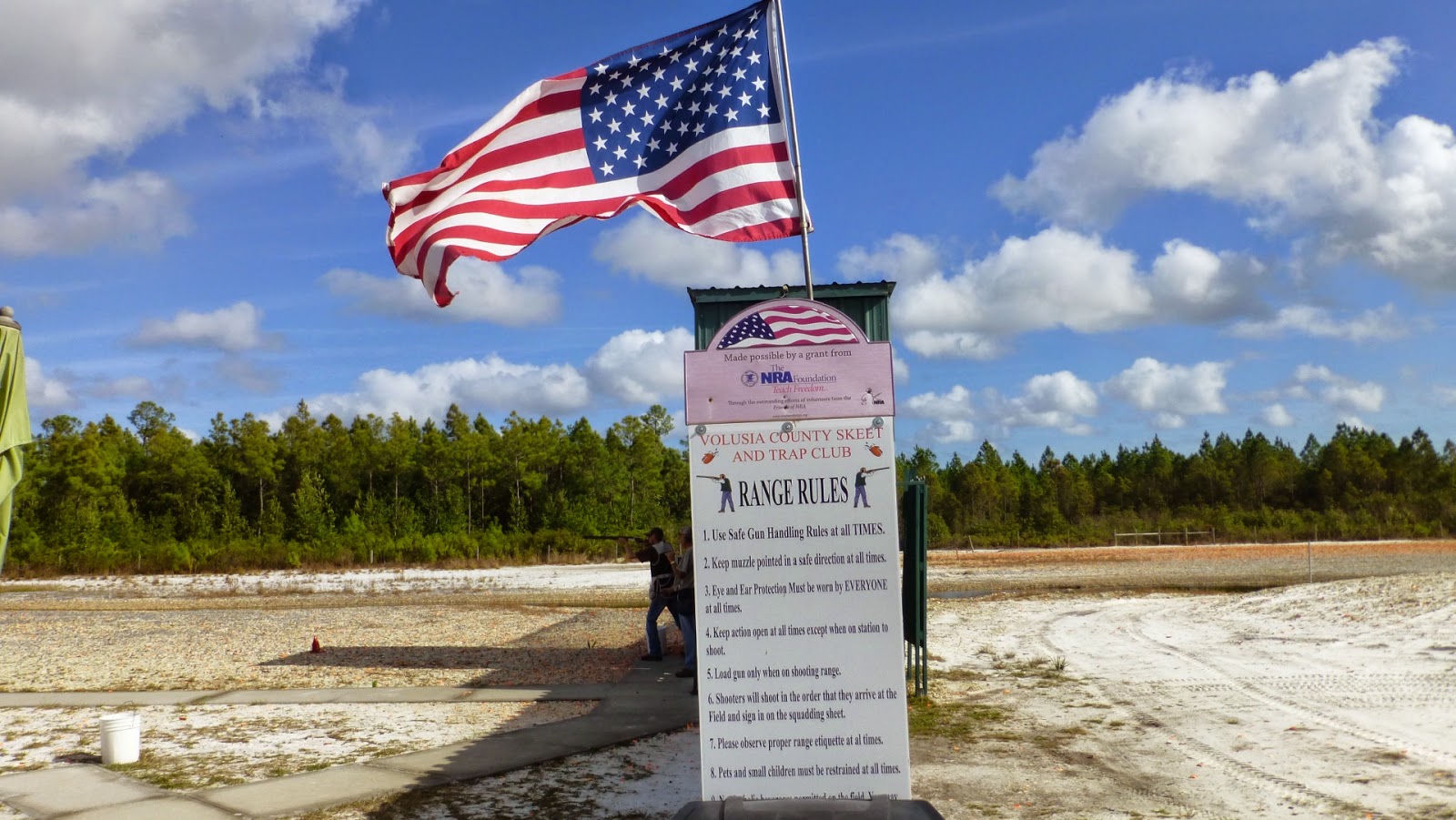 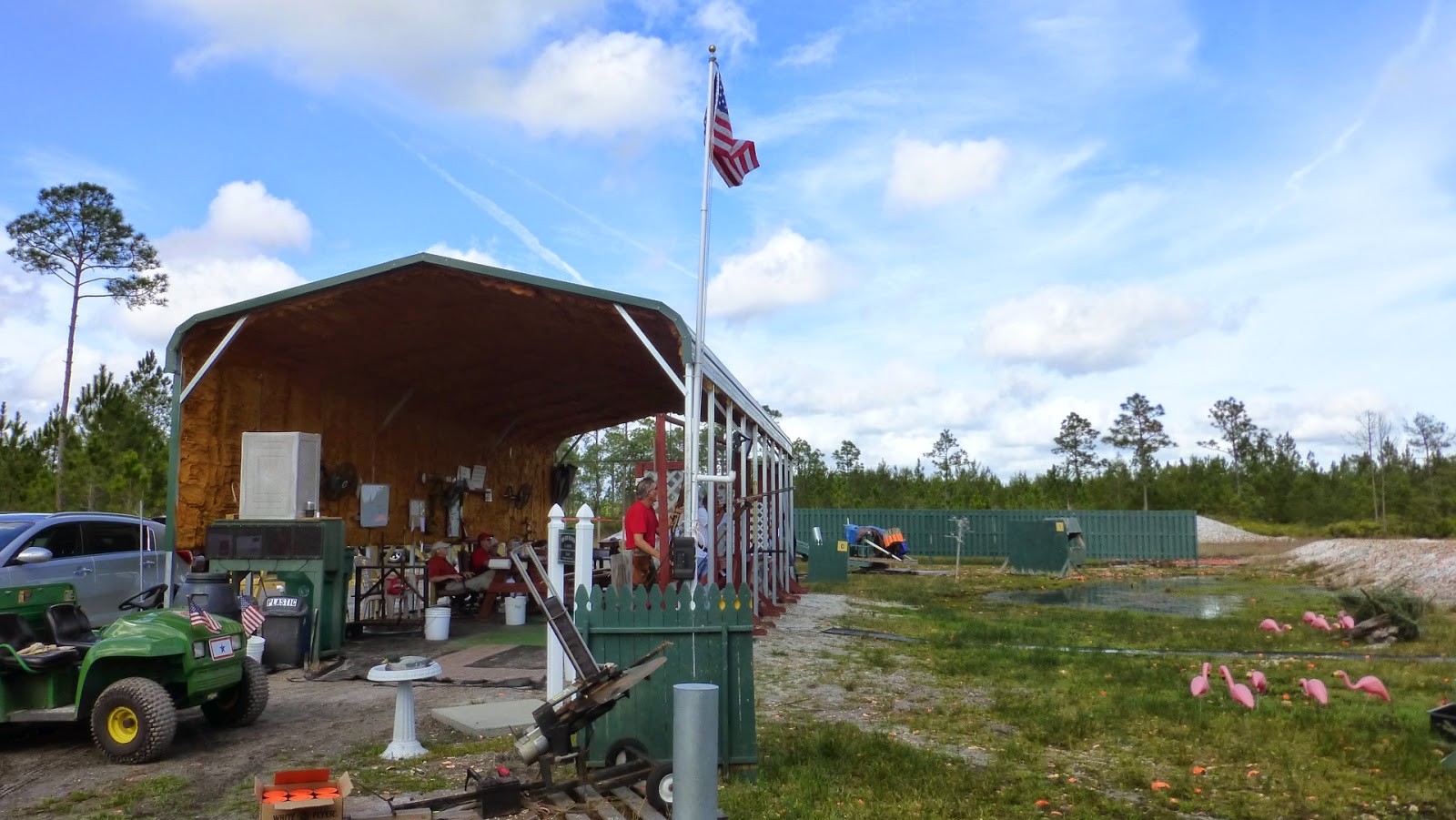 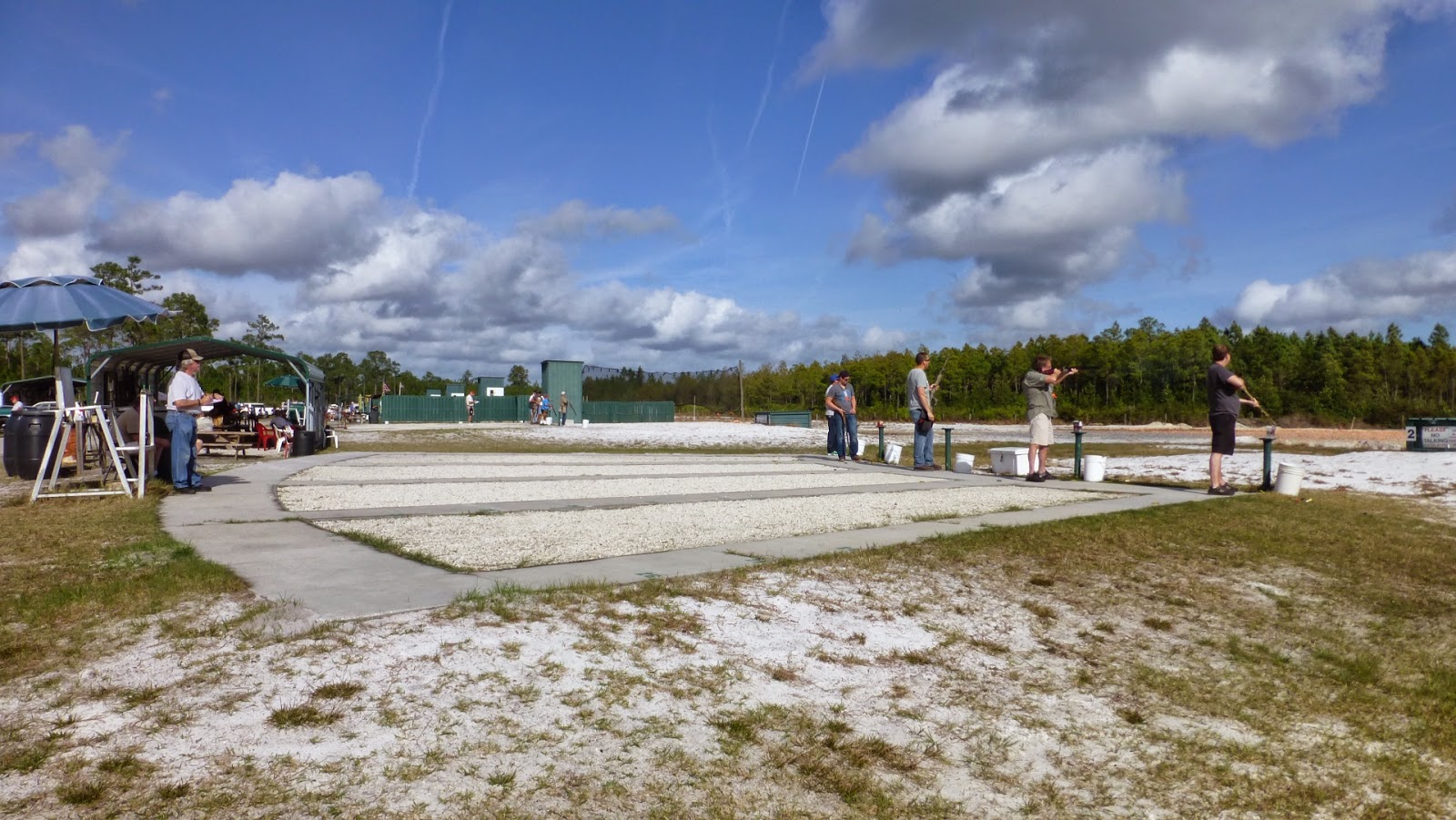 A warm day, 78 degrees when I departed.  Seen many familiar faces and a number of new ones.  I often run into shooters who live on the east side of Orlando.  After several conversations with various shooters from that region this seems to be the closest club.

If you were trying to invent the word volunteer, look no further then the Volusia club.  They always have a minimum of 7 or 8 people lending a hand and others pitching in when needed.

The club has two sets of ERAD voice release systems in use on the trap side of the house  The size of a credit, but a little thicker, as run by two watch size batteries.  The speaker is built into the card.  No speaker stands needed!  Clip it high on your vest or shirt collar and your set to go.  From my experience, normal talking will not release a target.

Targets were running good in all disciplines.

I'm sure there is busier clubs some where on the east coast, but I've yet shot at one.  Anytime I visit you think a shoot was taken place based on the from the number of vehicles in the parking areas.

The number of people shooting trap can sometimes cause a backup.  Unless you hit it right, your not going to shoot round after round without breaks in between.  May not be that way in the summer, but for sure during winter operations.  Maybe better to show up later then early!

The club has the ATA Big 50 and in the past had a special day set for same so all registered targets could be shot without interruption.