Photos showing  the two story 5-stand being constructed to replace a structure know as the "podium" that was open to the elements and only saw fair weather use. 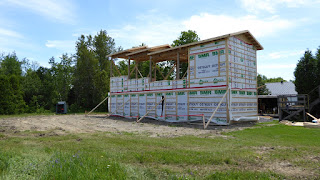 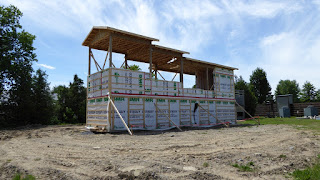 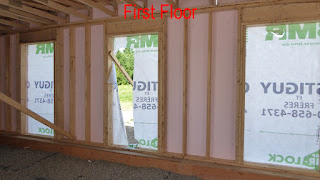 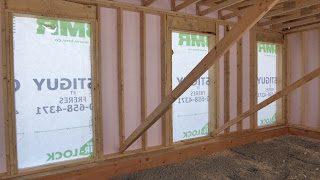 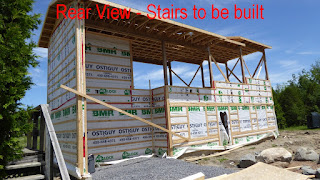 Monies raised to help fund the NYSPRA court case against the New York SAFE ACT (gun control in the name of safety).

A long time from my last visit, maybe 20 - 25 years ago to shoot registered skeet doubles.

A good number of donated prizes were up for grab.  The club did it's part by only charging what it cost to purchase the targets.  All shoot monies outside of targets was for the benefit of the Political Victory Fund. In the video those who donated are credited during the awards presentation!

The club is located on the top of a hill.  Skeet and trap fields long have been in place, but with the event of sporting clays, shoot stations have populated the hilltop fields.  An additional warm weather course is sited at the base of the hill in a wooded area that allows for a full 100 target course when needed.

The club has a truck that is used to move people from the clubhouse to the bottom course, and the reverse.

A cool start but the sun finally make it's prescience known and warmed up nicely.

A mix of hand traps and modern machines.

Always tough too shoot video when shooting, as you can't be everywhere, but I think you'll get a good overview of the shoot.  The awards presentations part of the video is limited to class champions and HOA.

After thinking my Remington 1100 receiver was scrap metal I found out differently.

While attending a sporting clays shoot at Vernon National I ran into a person who works at the Remington Gun factory in Ilion, NY.

He told me what had broke was the receiver barrel support and it was repairable.

I contacted Remington and they told me to send it to a designated Remington service center (they provided a shipping label and order # via email) to see if it could be repaired, and if so, I would receive an estimate.

Received an email from the service center stating it would cost $80.  Unfortunately, I had only sent in the receiver and they wanted the complete shotgun, as they were required to test fire the shotgun before they could return it.   A little upset on that turn of events, but just the way it is!

The rest of the firearm sent out this AM.

I expect at the end of the day to be selling the firearm, but to whomever I sell it to, understanding it's like purchasing a used vehicle with 150,000 miles on the speedometer.

Meanwhile, I picked up a newly purchased Remington 1100 from my FFL on Saturday.  Seemed to fit right out of the box.

I found what looks like a manufacturing defect on the forearm finish  :  (

A call to Remington and they will be sending a new forearm.

This 1100 may end up being used by the wife, so a trip to a gun fitter at some point, as she usually needs 1/2  inch or so cut off the stock.