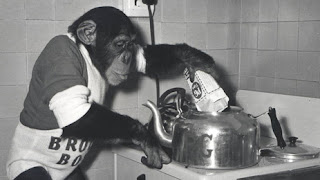 Chimps are not people after all, a Manhattan judge has decided.

Thursday’s decision means that a pair of 8-year-old chimpanzees living in a research lab at Stony Brook University are not being unlawfully detained, as argued by the Nonhuman Rights Project, the now-losing side of the bizarre case.

The Nonhuman Rights Project’s leader, Steven Wise, had argued that denying Hercules and Leon basic legal rights was to deploy the same prejudices that categorized slaves and Native Americans classified as less than human.

The chimps may be suffering a fate “even worse than imprisoning human beings” because they are autonomous and self-conscious, but “don’t even know why they’re there” in cages, Wise argued in May.

But at least legally, chimps are “things,” she wrote. And by law, “Persons have rights, duties, and obligations; things do not.”

“Animals, including chimpanzees and other highly intelligent mammals, are considered as property under the law. They are accorded no legal rights beyond being guaranteed the right to be free from physical abuse and other mistreatment,” Jaffee wrote. 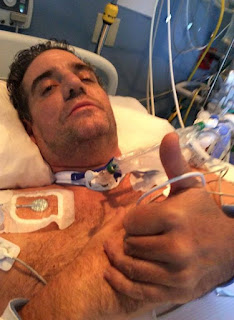 I'm honored to have such wonderful support from you. I struggle with the reality and gravity of Darryl's situation. As it is our nature to always focus on the positive, the reality is not so rosy.

Darryl has been bed bound and sedate for a month now, the only the smallest of voluntary movements. Every muscle in his body has atrophied - a fancy term for deterioration from non-use. He has lost 1/3 - 1/2 of his muscle mass. This has left him with no control over his muscles and he will have to relearn everything. Even reflexive movement, such as breathing requires time to rebuild his strength to breathe without the machines. In other words, he is as weak and helpless as a newborn. He needs complete assistance to raise his arm up, to lift his head off the pillow or even roll over to his side. Just as a newborn needs time to grow,
Darryl will need time to regenerate his lost muscle mass and regain his independence. With his level of illness, we are hopeful to believe he will be walking independently by springtime. For now, I give him daily messages to stimulate blood flow through his muscles and move his joints so they don't stiffen and freeze up. Hospital Physical Therapy can not begin (per insurance) until he is awake and completely interactive for three continuous hours...so for now, I do it as often as possible.

Rolling thunderstorms, heavy rains, and power outages before the start of the shoot.  At 8am the club was thinking they may have to cancel.

A 10am start time and by 9am the power outages had ceased, as well as the rains.  By 10am the grounds were dry and the only sign of the heavy rains was on the access road to the club.

A nice turnout in spite of the early morning rains with eight squads of shooters in attendance.  A member only shoot.  Last year the club honored me with a membership and my wife Heide and I were able to attend. 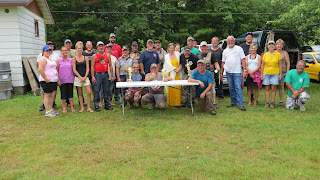 A four field trap club with a single lane rifle range that wouldn't be in existence if it not for the hard work of a number of people that turned around the club starting in 2013, as the club was on it's last legs and most thought it would be closed.

I'm told taxes had not been paid for two years and the club house, as well as it's machines and the surrounding property were in sad shape.

A group got together and decided to bring the club back from the dead!

The Valleyfield club just down the road had a similar experience approximately 15 years ago, and as the Valleyfield club,  people reached into their own pockets, equipment was borrowed, materials and many hours of  labor donated.

Membership needed to be increased to help pay taxes, as well as insurance. A one lane rifle range was installed. 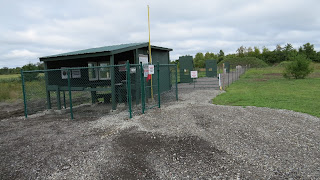 File Photo
I'm told this unique rifle range squeezed onto a property that had no room for a rifle range has at a minimum resulted in 100 memberships.  I was told last year when I visited they had to limit memberships because of it's popularity.
In 2014 the club purchased a used PAT trap and this year they purchased a new PAT trap.  Targets thrown has doubled in one year.  The club also has one set of voice release for field two and plan to purchase a second set for the other PAT trap.
Last year, the first fun shoot was held.
The club used two fields for the shoot (50 targets each field) for this 100 target shoot.  Shoot 50 on one field and finish up on the second.  Between 50's (we  had some time) we sat in the vehicle and ran the air conditioner because of the humidity.
SHOOT PHOTOS / VIDIEO
A number of volunteers helped at the shoot and the ladies of the club made sure we all got fed and lent a hand at the desk. 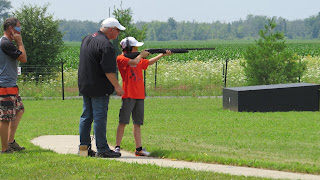 They opened a third field (Winchester Basket Trap) so a dad could teach his 11 year old child how to shoot trap. I didn't see any problems with the machine or the targets and the young man had a good time.
By the time shoot-offs rolled around the sky's looked threating and sure enough I was caught in a down pour during my shoot-off round.  At one point the gun was slipping in my hands and could barely see the target coming out of the house.  15 minutes later the sun was shining and my clothes were dry within 30 minutes.
Shooters and their spouses were more then friendly and everyone looked to be having a good time, more a social outing then a trap shoot.  But. that's small club shooting at it's best!
The club is having it's first registered trap shoot in more then 25 years on August 16, 2015.  I tried to pin down the last time a registered shoot was held, but the old timers had a hard time putting a year on it.
No traffic to speak of at the border crossing(s) and did have are firearms physically looked at upon entering and departing.  Not a big deal as long as you have your paperwork in order.
On the way home we stopped at an ice cream shop in Huntingdon.  We both think the soft ice cream in Quebec taste better then what we see in the states.  I think a higher fat content.
I plan on attending the August 16th shoot with both gun and cameras in hand....
﻿
Posted by Lost Target at Monday, July 20, 2015 8 comments:

A number of years back we stopped attending 4-gun skeet shoots.

Shoot expenses were getting out of hand. Two shooters in the family and costing up to $1000 per shoot (travel, motel, food, & ammunition).  I usually shot the doubles on Friday.

Also, down time at shoots was getting to be a little long in the tooth.  And, the final nail in the coffin was a long time buddy stopped shooting registered and just not the same with him not being at the shoots.

We decided to attend regional two-gun skeet shoots.  Had a number in the region that we could shoot and we always ran into some of the nicest people.  Every once in a while we would drop in on a 4-gun shoot, but only shoot on Saturday if they had openings.

Living in the northern part of New York and no club offering one day skeet shoots unless we want to drive three plus hours.

Only two skeet shoots were scheduled in the region. One is the Quebec Provincial and the other the Vermont State Championships.  The club in Quebec was offering targets only for several months, but no formal one day shoots in either Vermont or Quebec. Kind of hard to get excited to shoot registered skeet if no shoots are scheduled.

The other day I was asked if I wanted to attend a fun trap shoot this Sunday that was put together on short notice.  I wished it was a skeet shoot, but it seems like little interest in the skeet community to put on shoots (fun or registered).

Maybe 2016 will see a resurgence in registered skeet in the region, but other shoots (sporting clays, trap, and fun shoots) now have a place on the calendar and it will be a hard choice to drop a shoot to attend a skeet shoot, but it might be fun!
Posted by Lost Target at Saturday, July 18, 2015 No comments:

The weather cooperated for the International Skeet shoot held at Club L'Acaide. 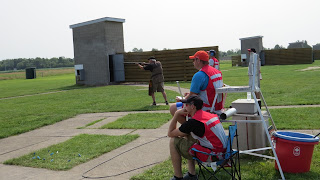 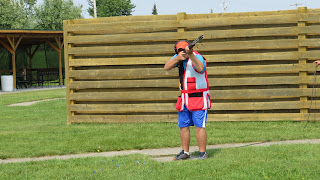 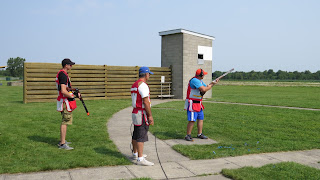 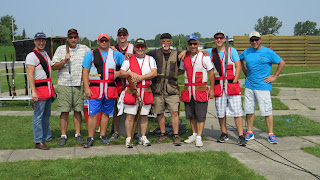 Low gun shooting with up to a three second target delay.  The delay makes for interesting shooting, especially at station 8, but they made it look easy.

The shoot moved along quickly.  I think the addition of more doubles in a round of 25 and less singles that was  implemented a few years back has been a big improvement.  What I did observe is if you didn't get a good jump on the first target on doubles you had a good chance of missing the second target, especially in the middle stations.  The delay can really screw up your timing!

A video from the shoot.

The club is located southeast of Montreal.
Posted by Lost Target at Tuesday, July 14, 2015 No comments: