If in the neighborhood....

Posted by Lost Target at Saturday, November 18, 2017 No comments:

Loaded two on station #4 in skeet in my Beretta A400.  The second shell wouldn't feed.  I pressed the shell inward in the feed tube three or four times and loaded a new shell in the chamber.

The gun cycled and the second shell went into the chamber but didn't go off.  When I ejected the shell..... 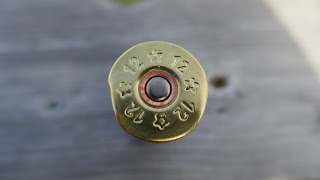 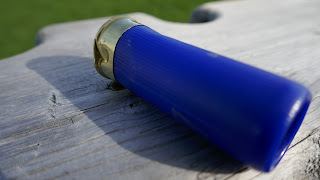 When I signed in the club assigned me to a squad.  You think this would be the norm at all shoots, but isn't.

I've been to shoots where this was not the case and you end up having to ask a number of people if they have a full squad.  A pain, especially if you don't know anyone.  I detest (hate, loath, despise) having to squad myself at any shoot.

Things didn't go well in trap, but did shoot a 25 in skeet.  Dropped one or two on the wobble trap and shot a decent score in the 5-stand.

Wobble trap was two targets.  One going out and another coming in from your right front, from a machine set in a field. 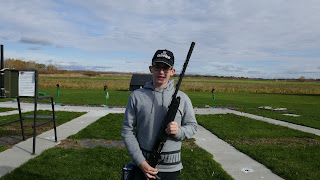 The club made a contribution to the Lost Target.  Always appreciated!

No problems crossing the border going and returning.

Hats off to Jordan McArthur who shot his first 25 straight at the Tournoi Des Membres held at Club de Tir de Valleyfield. 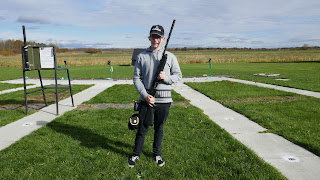 Was looking at three fun shoots to finish off the year, but down to two (maybe one), as the Kingston Ontario shoot in December is listed as a member only shoot.  Saw it listed as same and made an inquiry.  Was informed, yes, member only : (    Attended the December shoot a couple of times in the past and always had a good time.  Was looking foreword to attending this year, but it is what it is.

Valleyfield is holding a member only fun shoot (I'm a member) this Saturday and I very much like the format.  25 each; Skeet, trap, 5-stand, and wobble trap.

L'Acadie has traditionally held a turkey fun shoot in early December (skeet, trap, 5-stand), but have not seen anything posted.....

Seriously thinking of adding an adjustable comb to my Beretta A400.  Going to add moleskin to the comb this weekend and if it works out as I think, the stock will be shipped out within the week for modification.

The Beretta A400 still spitting out shells without fail.  Doesn't care what brand of shell, light or heavy.  I don't have a cleaning schedule for the gun as it seems to shoot forever without a breakdown and cleaning.

I mentioned previously I was going to add choke lube, to not only the choke threads, but all parts of the choke (smooth part)  that fit inside the barrel.  It was said this would prevent the choke from working loose.  Didn't work.  Maybe I didn't apply it thick enough.  I might give it another shot.

Received confirmation the annual International Skeet Shoot will be held once again at the Jacksonville club, 14-18 February.  Maybe a chance world women champion, Dania Vizzi, a Florida resident, will be in attendance.  I've shot video of the shoot the last couple of years and plan on dropping by.

Each fall I replace the stock Action Spring in Remington 1100's that have received a good workout over the year.  A $6 part plus shipping.  My wife's 1100 will be seeing a replacement.  A gunsmith who repairs 1100's highly recommends a yearly change for clay target shooters.  He believes this cuts down on parts breakage commonly seen in 1100's.  I don't know what is common, as over the years I've replaced every part of an 1100 that can be replaced.  Just never know what is going to break and carry enough spare parts to build an 1100.  I even cracked a bolt one year.

I say the past year, maybe longer then that but the first time I noticed.

The Montreal Skeet Club has been active on Facebook and is making a push to bring back it's old glory.  Nice to see.  I use to visit the club 6-7 times a year, but that was long ago.  They did have one benefit shoot this year that I'm aware, but priced way over what I would shell out and passed.